Coping with voices: Being with people

Hearing voices can come in many forms – some voices are friendly, helpful, insightful and inspiring whilst others are scary, critical or commanding. This animation, produced in collaboration with the Department of Psychiatry at the University of Oxford and the McPin Hearing Voices Lived Experience Advisory Panel, shares the stories of people who hear one type of voices: those which threaten them or criticise them. Our hope is that this animation inspires more conversations about voices, because nobody should be hearing nasty voices alone.

This animation is funded by the University of Oxford’s Public Engagement with Research Seed Fund, a National Institute for Health Research (NIHR) Clinical Doctoral Research Fellowship (ICA-CDRF-2017-03-088) awarded to Bryony Sheaves, and the NIHR Oxford Health Biomedical Research Centre. The animation presents results from independent research funded by the National Institute for Health Research (NIHR). The views expressed are those of the authors and not necessarily those of the NHS, the NIHR or the Department of Health and Social Care.

What is ‘voice hearing’?

Hearing voices can come in many forms. Some people hear voices that are friendly, helpful, insightful or inspiring.  Indeed, these kinds of voices can be very enriching experiences. However, others hear voices that are scary, critical or commanding. These can have very disruptive effects on day-to-day life.  Whilst voices differ substantially, what unites all voice hearing experiences is that they are rarely talked about. 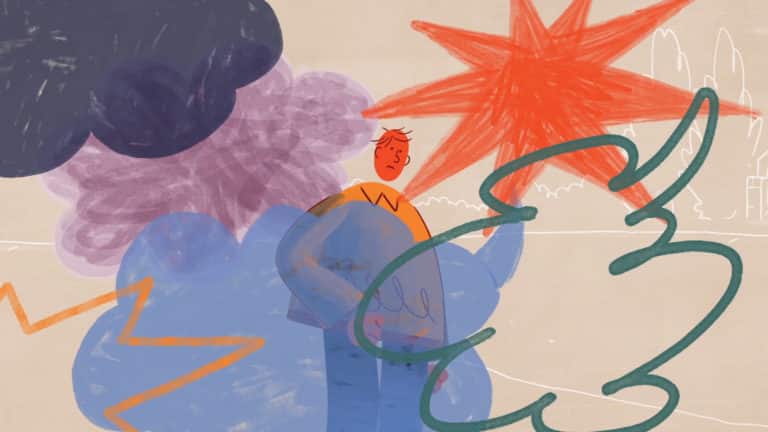 Hearing voices can be confusing and exhausting.

Our animation shares the stories of people who hear one type of voices: those which threaten them or criticise them.  These are the kinds of things they hear:

(Please note that pseudonyms have been used to maintain the anonymity of participants.)

“[the voices tell me] everybody else hates you and they don’t need you [..] just that you are, you know, just a complete disappointment” (‘Anna’).

“The voices had me believing that I wouldn’t be waking up in the morning. And um they said they were going to skin me um, [..] all this horrible stuff” (‘Dave’).

Critical and threatening voices are one of the most common types of voices for people who are in touch with mental health services. They can seem incredibly real: “[they] were as audible as you are now” (‘Liam’) and are often described as being very believable and difficult to ignore (Sheaves et al., 2020).  Understandably they have a powerful impact on the individual, for example one person that we interviewed explained: “it’s a scary, scary, scary, scary situation, I’ve had more fear in the last two years than anywhere in my life” (‘Bill’).

What unites the voice hearing experience is that they are very rarely talked about.

A feeling of isolation

Because voices are rarely talked about, people who hear the nasty ones are often suffering in silence.  We all need social support to help us through difficult times, yet many people who hear nasty voices describe feeling lonely and isolated.  Being isolated is difficult in itself, but can also affect the voices.  For example research shows that those who are isolated are more likely to experience more troublesome voices later down the line (Norman et al., 2005; Salokangas, 1997), and are more likely to require a stay in hospital (Norman et al., 2005). 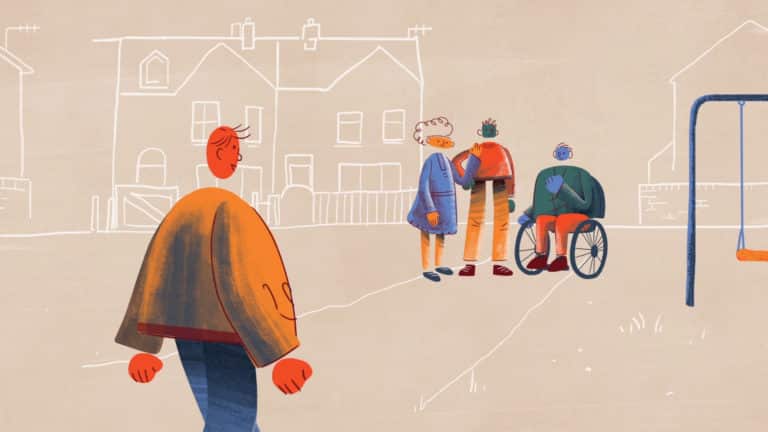 We all need social support to help us through difficult times, yet many people who hear nasty voices describe feeling lonely and isolated.

Reasons why being around people is difficult whilst hearing nasty voices

To help us understand what it is like to be affected by hearing nasty voices whilst trying to connect with people we interviewed 15 people who hear nasty voices.  We then analysed the interviews in detail to look for themes across the interviews.

The research showed that there were ten key reasons why being around people is difficult whilst hearing voices.  These are shared below, with quotes from the participants themselves.

The relationship between being around people and hearing nasty voices

Several participants described an instinct to disconnect from people after the voices started, and when they were particularly bad.  This instinct to withdraw came in different forms, including:

1. Isolating oneself from people: “You know you withdraw, you don’t want to talk to people” (‘Liam’).

3. Difficulty talking to other people: “I would go and see my family, but I wouldn’t say anything to them really” (‘Nick’).

4. Difficulty sharing the experience of hearing voices: “six months I waited before I told my mum and dad.  I had already gone to the doctors at that point [..] I was just so frightened to tell anybody.” (‘Anna’).

One person who had heard voices for 15 years had not spoken to any family or friends about hearing them.

However isolation wasn’t a long term solution.  And many participants described that being alone was a time when voices were often worse.  For example: “I tend to hear them when I’m on my, mostly on my own sort of thing.” (‘Dave’).

Several participants commented that talking to people helped with the voices, for example:

“the best thing I ever did was talked about it but then the worst thing I did was when I was 16 I didn’t tell anyone. And then I ended up like having a complete breakdown” (‘Dan’)

Talking to people helped with the voices in four specific ways:

1.It helped some people to question whether or not the voices are telling the truth: “[the voices] are telling me a red van is going to [..]pull me in and drive me off [..] if I voice it and then my mate can be like it’s just your voices babe, like look around there’s no red van” (‘Kerry’).

2. It helped others to work out whether the voices were real or not: “I tell friends about it and they say I don’t hear anything you know there’s nothing there” (‘Nick’).

3. It moved the nasty voices into the background of attention: “I’m focused on the person [..] without even thinking about it I’m just not hearing the voices as much” (‘Tom’).

4. And for some people it reduced the frequency with which the voices came: “tends to help them not, not to occur in the first place” (‘Nick’). 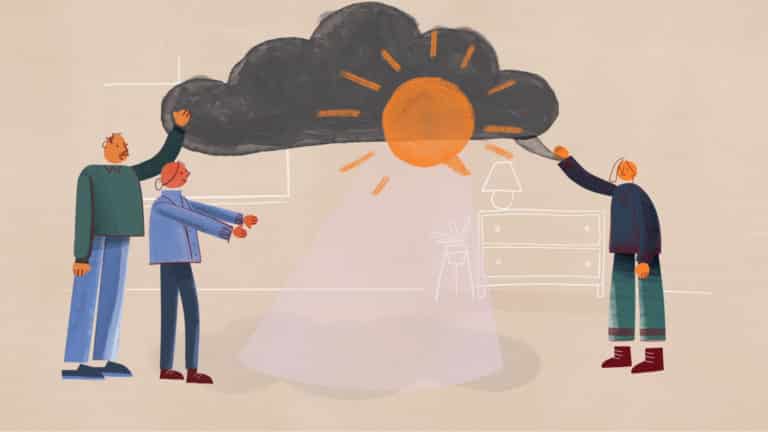 Several participants commented that talking to people helped with the voices.

Several people we spoke to in the research were still feeling very isolated.  But some had learnt a means of reconnecting and shared things which helped them to reconnect with people.  These were:

Social support is crucial for facing any challenges that we can experience in life.  Yet clearly hearing nasty voices poses many barriers to being around people.  Our hope is that this animation inspires more conversations about voices, because nobody should be hearing nasty voices alone.