How do we find ways for people and wildlife to co-exist? Elephants pose a particular problem as their large size means they need to roam over large areas to find food, water and refuge.

his remnant population is the northern-most in existence, makes the longest annual migration of all elephants, and has survived when all others around it have disappeared, despite living in a populated landscape with no protection at all.

The elephants inhabit the Gourma region of Mali, an area of arid land lying just below Timbuktu, nestled within the bend of the Niger river and north Burkina Faso, adjacent to the southern edge of the Sahara.

The elephants share this vast remote area with multiple ethnicities who range from long-distance cattle herders to sheep, goat and camel herders to agro-pastoralists and agriculturalists.

GPS telemetry – understanding the elephants eye view of their environment

Fitting individuals with collars containing a GPS unit enables scientists to continually monitor the movements of individuals without having to follow or capture them. The GPS collar communicates with orbiting satellites to give a precise location every two hours over a period of 18 months. These locations can be mapped and combined with other information to answer such questions as: how similar are the migratory movements of different individuals? How large an area do they need? How does the migration vary from year to year?  How do climate and other features of the natural environment influence the pattern, speed and rhythm of their movements? How does human infrastructure (such as settlements and roads) affect their movement? …. and many more.

Using data collected from the ground, satellite images can be interpreted to show features such as mountains and other landforms, lakes, rivers, soil, vegetation and land cover. Some satellite data can provide information on climate and rainfall, a crucial factor influencing the ecology of arid lands and the behaviour of its inhabitants.

The elephant locations can be combined with these data and other maps showing the location of human infrastructure such as settlements and roads to understand what influences elephant movements. 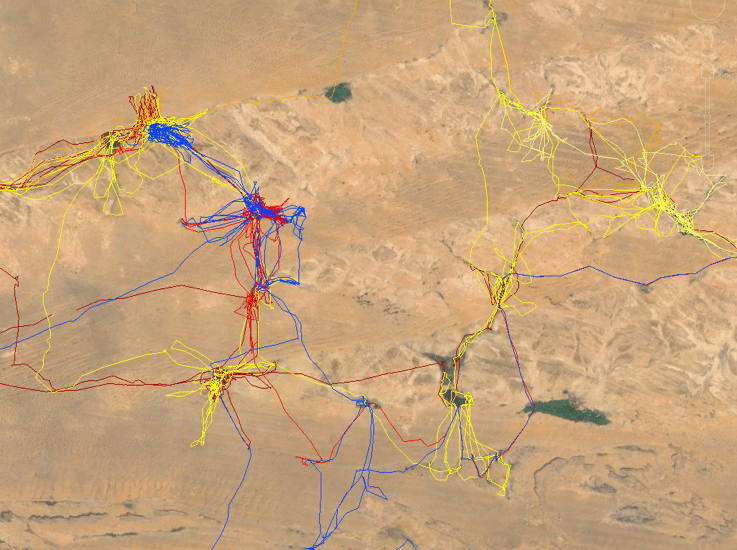 Satellite imagery overlain with the GPS tracks of 11 elephants (one colour per elephant). The top image shows the migration route divided into concentration areas linked by movement corridors. The bend in the river Niger can be seen at the top of the image and the Bandiagara escarpment in the lower left. The bottom image is a close-up of the area enclosed by the white rectangle in the top image. It shows how elephants spend most of their time in the forests surrounding water-holes and lakes, moving rapidly between them.

Information about the population size and composition is also important. There are several ways to estimate the number of animals in an elephant population. Aerial census is one of the most frequently used as it permits rapid counts of elephants over large areas by flying along parallel flight lines and counting the animals below.

These flight lines can run adjacent to each other so the whole area is covered and every individual is counted (a total count) or a proportion of the area is flown (a partial count) and then extrapolated to give an estimate of the population.

In a vast area like the Gourma a total count would be prohibitively expensive and would take so much time that one couldn’t be sure that elephants hadn’t moved from one area to another and been counted twice. A partial count is also problematic because the elephants are often highly clumped around water and flight lines could completely miss large numbers of animals.

In 2004-5 a ground-based observational mark-recapture method was used whereby a field team spent 4 months travelling through the elephant range, identifying individual elephants by their ears and tusks and compiling a photographic database. Photographic ID ensures that elephants are not counted twice and enables the collection of data on behaviour, social organization, age structure at the same time. Bulls were catalogued as individuals and family groups were catalogued together and could be recognized if at least one of the group had a photo ID. 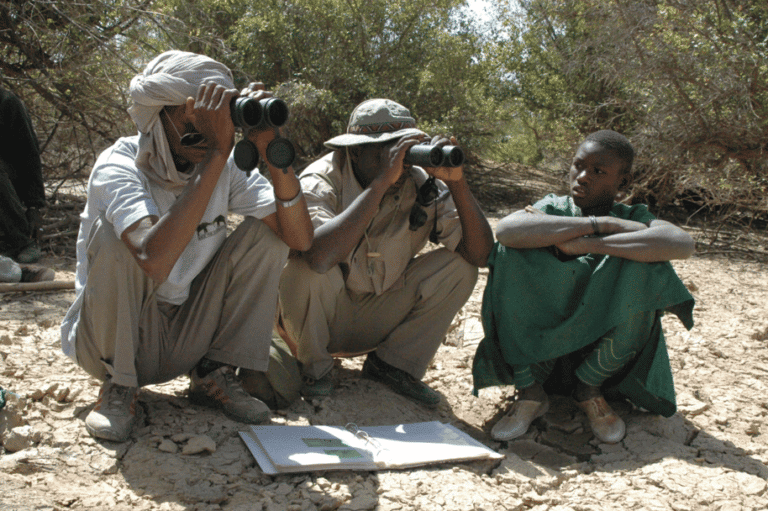 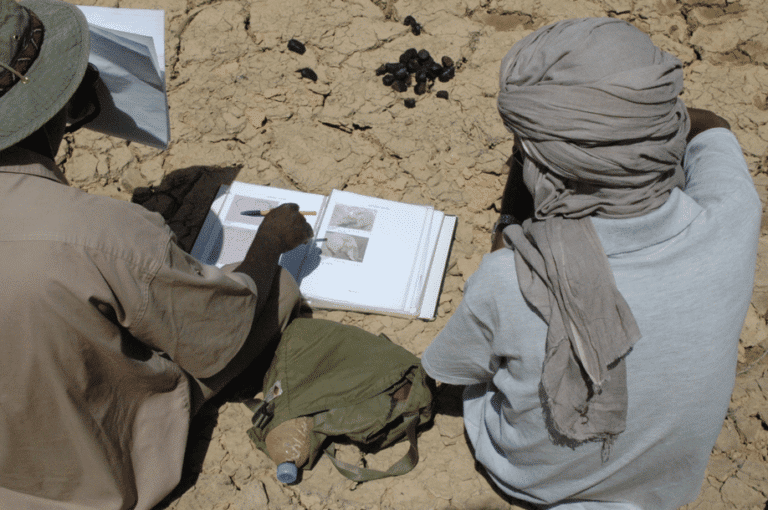 When the team returned in 2005 they recorded the proportion of elephants they were able to identify out of the total number seen. This ratio allowed them to estimate the population size, which stood between 383 and 710. This variation was because some animals had only been identified from one side. If all of these were different individuals, the population would be nearer 710, but if these were photos of left and right ears taken from the same animal on separate occasions (but which had not been matched up as belonging to the same animal) the population would be nearer 383.

The team also collected reports of elephant locations and behaviour from local people and recorded the locations of elephant dung (which lasts a long time in this arid environment) and whose distribution could help verify whether the GPS collar data covered the whole elephant migration route.

To understand local attitudes and livelihoods we used a combination of social science methods such as workshops, key informant interviews, attitude surveys and household surveys. The methodology needed to ensure that the people questioned were representative of the population and that the questions were carefully constructed and piloted so as not to introduce unconscious bias into the questions and influence the answers. 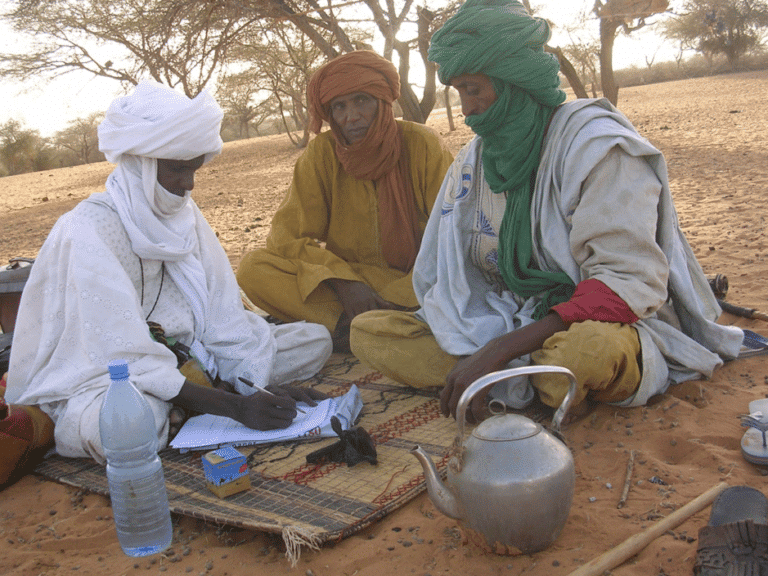 These require that everyone who affects or is affected by the elephants and their migration is involved in a process, that the required information s made available and that all have an opportunity to input and are empowered to take action. This process requires skilled facilitation using structured methods for presenting information and balancing power dynamics among participants. 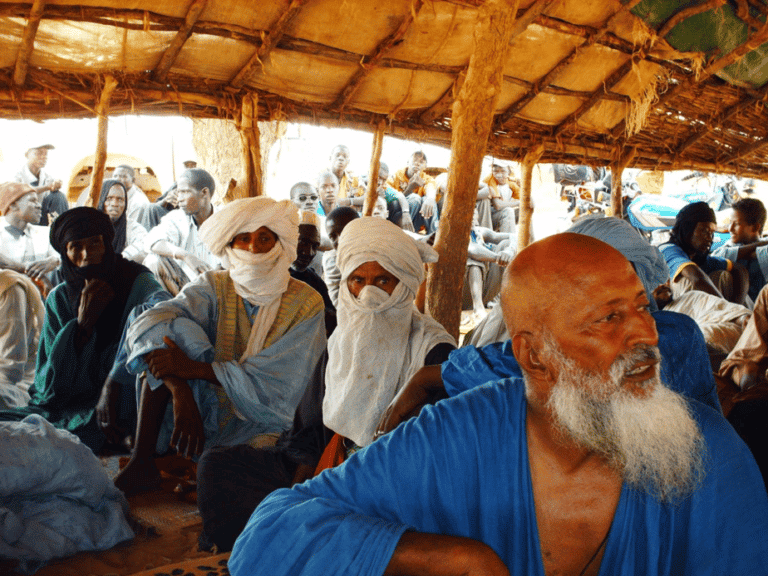 This example shows how a suite of tools and approaches is needed when trying to solve a complex problem with social, political and ecological components. The methods used represent a disciplined process of inquiry focused on guiding action on the ground and therefore might be classified as action research.