Bacteria Safari: The Forest on your Fingernail

What on Earth can tiny microorganisms tell us about the animal and plant life around us? Bacteria are tiny organisms that exist everywhere; including on us! Watch this animation to find out how studying tiny organisms can shed light on much bigger animals and plants.

Microbes often live in dense and species rich communities. And these communities are everywhere. They are in the soil and on roots where they protect and feed plants. They are in your food; diverse communities make yogurts, cheese and many types of bread and beer. Closest to home, they are on and inside you, and again provide many benefits including protection from disease, nutrition, and helping your immune system develop. They can even affect our mood. 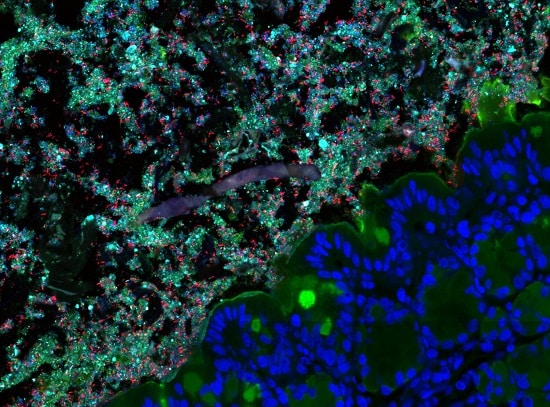 Bacteria in the mammalian gut. The bacteria are the small green, red, blue cells, which are sitting above the gut wall (host cell nuclei are the blue circles surrounded by green mucus. Image credit: Carolina Tropini, Stanford University.

Micro tells us about macro

The challenges we face with microbial communities, however, are not unique to tiny organisms. They apply equally well to a rainforest, savanna or soggy English woodland. All such ecological communities and ecosystems are made up of many interacting species. 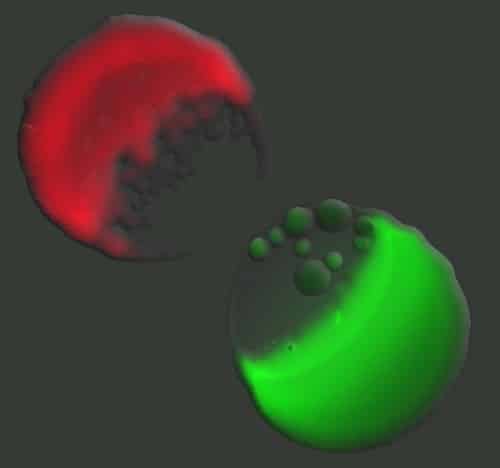 Bacteria at war. Two colonies of E. coli that each contain billions of cells using toxins to kill each other. Image credit: Despoina Mavridou, Imperial College.

Orchids are pollinated by bees, giraffes eat the leaves of trees, and kestrels eat mice and shrews. And while the study of microbial communities in such detail is a relatively new affair (it took the advent of DNA sequencing to realise how diverse microbes were), we have long sought to understand and influence macroscopic ecosystems (those on a larger scale). For over 100 years, scientists and conservationists have been using mathematical approaches that attempt to capture how species interact and go from there to predict how a whole community might behave. 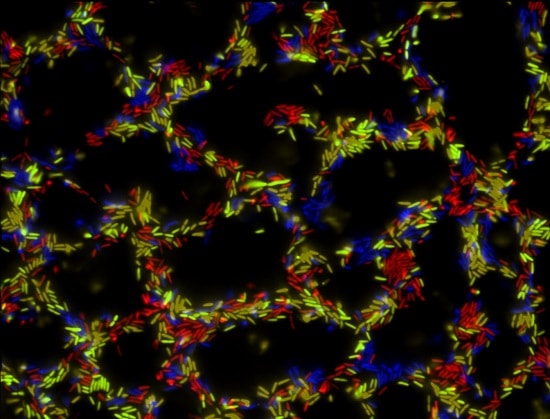 They have asked questions like: What is the minimum number of individuals that can survive extinction? If one species goes extinct, what will happen to a community? And, do certain types of interactions – say cooperation versus competition – make a community particularly susceptible to collapse? The problem is that many species in a rainforest, savanna or woodland are large and long lived making their populations hard to study in any depth.

Enter the microbes who are, by comparison, very easy to study. We can grow vast numbers of species in the lab, make loads of different communities and follow them for thousands of generations. What the microbes lack, however, is a dedicated body of theory to try to break down their complexity. What the Foster lab is doing then is taking the many beautiful ideas that come from the study of macroscopic communities and applying them to the microbes. This is great for the lab; we have over 100 years of ecological modelling to draw upon. But we hope it will also be great for the models and ecology at large. Never before has there been such powerful experimental systems as the microbes to develop, test, and refine ecological ideas. We hope then to not only understand the microbes, but also to provide a better understanding of all ecosystems. So when a conservationist, or other scientists, wants to use ecological modelling to solve a problem, we can help by telling them what kinds of models work the best for the question they are asking. Maybe then we can go from the smallest of organisms to some of the largest problems that the world faces.

The Foster lab is funded by a Wellcome Trust Investigator Award and European Research Council grant 787932.