From driving, to crop harvesting and timing in the financial markets, many aspects of our modern lives are reliant on GPS.

But, although they are everywhere, high frequency radio waves have a flaw. They are blocked by solid objects – like buildings – so they can’t reach everywhere.

Positioning is simply measuring the location or the change in location of a device. The ubiquitous solution to positioning nowadays is the use of Global Navigation Satellite Systems like GPS or Galileo. GPS is a highly sophisticated satellite based positioning system. Satellites flying around the earth send out radio waves that receivers on the ground can use to estimate their position, by very precisely measuring the time-of-flight. To do this accurately, GPS uses high frequency radio waves (1.1 GHz) which have wavelengths of a few centimetres. These are blocked and reflected by solid objects e.g. buildings, people, vegetation etc. This is why you can’t get a signal (GPS or even cellular) when you are in an underground basement or even in most buildings. This work investigates how to make positioning work underground or in buildings or even embedded within solid concrete. To this end, we turn to magneto-inductive positioning. 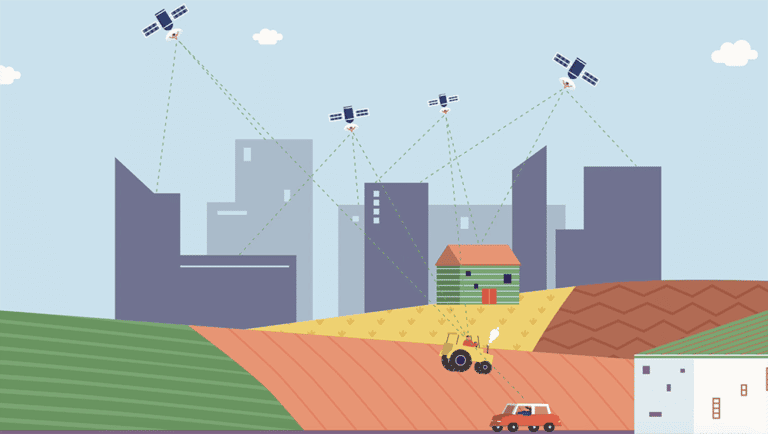 The operating principles are trivial and are basic high school physics: pass an alternating current through a coil of wire and it will generate a time varying magnetic field. Another coil of wire placed within the field will experience an induced current (hence magneto-induction). This is the basic principle of electric motors, generators, loudspeakers etc.

The principles of magneto-induction pre-date radio, and many of the early pioneers of wireless communication (Nikola Tesla in particular) experimented with very similar systems. So why revisit such an old, and on the surface of it, low-tech approach?

Magneto-induction has a number of unique advantages which make it suitable for precisely the kind of applications where radio based positioning fails:

They are not blocked or attenuated by most solid media – they pass through soil, water, people, concrete, rock without loss or absorption

They are a vector field – this means that they have both magnitude and direction – for example, consider a bar magnet and the fact that it has a North and a South – the N/S is the direction (polarity) – which way the flux lines are pointing

The generated fields are very stable over time and do not suffer from multipath (reflections). As a corollary, consider how much WiFi or your mobile phone signal varies even if you are standing still.

The fields are relatively simple to generate and receive.

They can’t be all good though, there are some disadvantages as well:

The fields vanish very quickly with increasing distance, as it follows an inverse cube, instead of an inverse square relationship as is experienced with radio waves.

At Oxford, we have been developing expertise in magneto-inductive positioning for over a decade, inspired by work done by Raab et al.  [TAES1979]. In particular, we have been pioneering precise 3-D positioning and measurement of orientation in a number of different applications. We have combined advances in sensor design with new algorithms for detecting weak signals and estimating position. 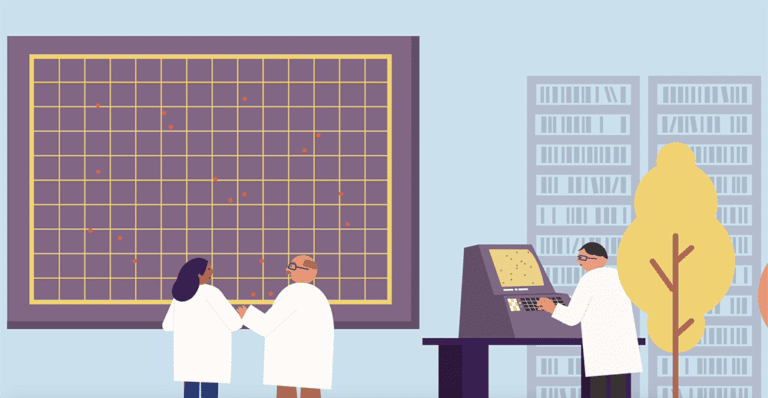 One of the first projects was the development of the world’s first underground positioning system for tracking animals in their burrows [SENSYS2010]. Building on decades of ecological understanding of badgers, scientists at the University of Oxford’s Wildlife Conservation Research Unit (WildCRU), led by Professor David Macdonald, demonstrated this novel approach on badgers. We made miniature tracking collars that recorded and stored the strengths of modulated magnetic fields placed above their setts. By using physics, we then obtained turned these measurements of field strengths into 3-d location, providing rich information about their underground position and behaviour [SENS2011]. This was a step change, as before, there were no real techniques for accurately determining where an animal was within its sett and what it was doing [MEE2015]. As a byproduct, we can also map and visualize the internal structure of the sett. 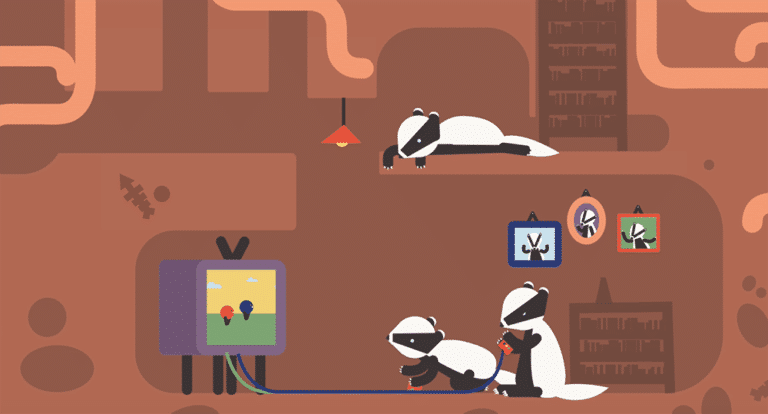 Mine and Cave Positioning

Similar to the problems of positioning underground animals, a related problem is to be able to locate  and communicate with people and equipment underground e.g. in mines and caves. This could be used during normal operations or during a rescue/emergency scenario. The main challenge here is to operate over longer ranges (30m) with less infrastructure [ACC2016]. We tackled this by using three perpendicular coils, both on the transmitter and receiver, allowing us to control and measure the full 3-D vector field. This also helps to increase the available bandwidth to send data over the channel. We demonstrated accurate positioning and communication through 30 m of solid rock in a cave system as a proof of concept. To increase range, multiple devices can be daisy chained together [TGRS2016]. 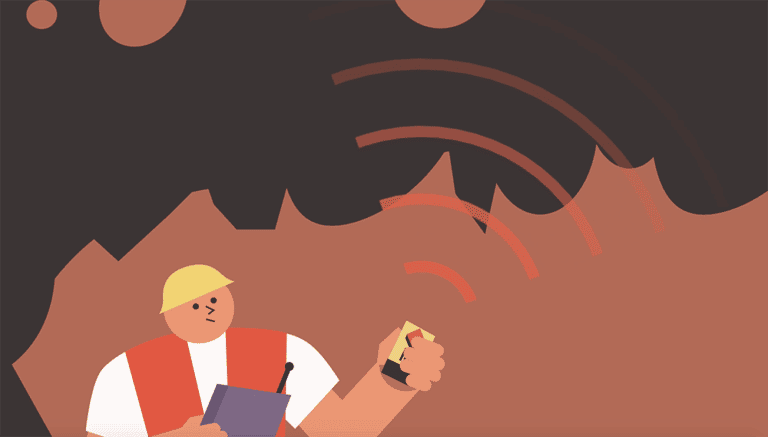 Every day in the UK, thousands of workers work on constructing and maintaining our railway infrastructure. There is a clear need for a technology that can operate in GPS-denied terrain, providing awareness and management of worker location on or near the track, a dangerous working environment. We combine magneto-inductive positioning with inertial measurements to individually track workers in the trackside area, whether on open track, cuttings, tunnels or under bridges [ICRA2018]. The system allows the definition of safe working zones and provides robust alerts if workers approach the boundary of or stray outside these zones – both to the individual and their supervisor. 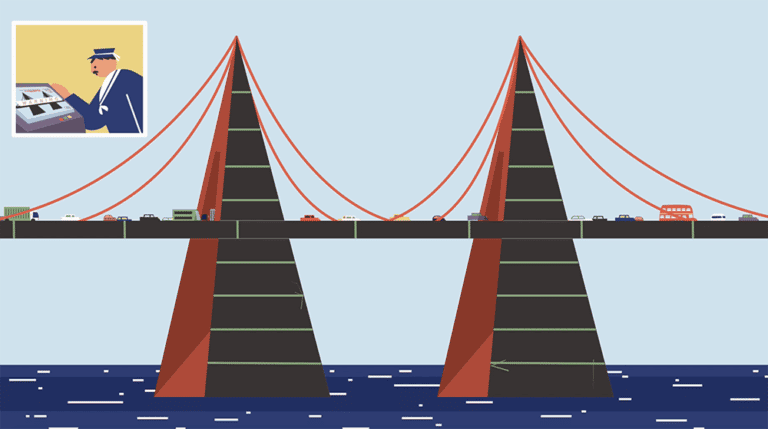 When firefighters enter a burning building, they are faced with high temperatures and thick smoke, which can lead to disorientation and challenges in navigating safely. In a revolutionary project, we have been combining various sensor technologies such as thermal imaging, inertial odometry and magneto-inductive positioning to provide accurate and robust positioning in these kinds of environments. Our aim is to provide both first responders and incident commanders an accurate view of locations and trajectories in real-time, building on earlier work in indoor positioning [JSAC2015]. This is extremely challenging, as the structure and layout of the building is not necessarily known in advance. Magneto-inductive positioning is being used to provide accurate absolute location which can then be fused with information from other sensors. 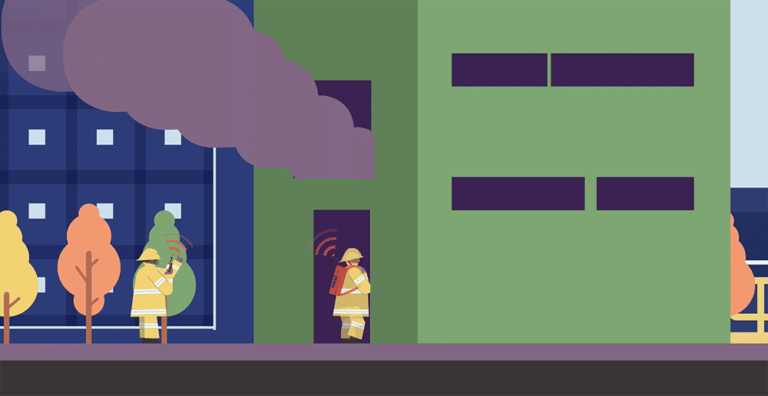 On the micro-scale, we looked at a very different problem, and asked whether it would be possible to measure cracks and strain within concrete using magneto-inductive positioning. Our national transport infrastructure is made of bridges, highways and tunnels which require periodic inspections and maintenance for safety. Our blue-sky idea is to consider whether it would be possible to just throw some sensors in with the concrete mix that would then imbue the concrete with smart capabilities. The idea is simple: using three orthogonal coils that could be used alternately as transmitters or receivers, each device can measure the distance (in 3-D, so both position and pose/orientation) to neighbouring devices. As the concrete deforms, these relative distances change, allowing a mesh-like overview of how the structure is altering. To get the data back from the devices, we again use the low-frequency magnetic fields to encode data. This can then be “hopped” from one device to the next until it gets to a basestation. Power is one of the trickiest dimensions, but critical for long-term operation – we can’t expect them to work for decades off batteries. Our novel step here was to use the reinforcing steel itself (the formwork) to act as a magnetic conduit/tunnel to carry magnetic energy through the structure [ENSYS2016]. Devices can then use the same coils to harvest energy, again through magnetic induction.

We have made small prototypes that demonstrate basic principles [SENS2016]. The ultimate vision would be to make these chip-scale size (e.g. a few mm), but we are a few years away from this! 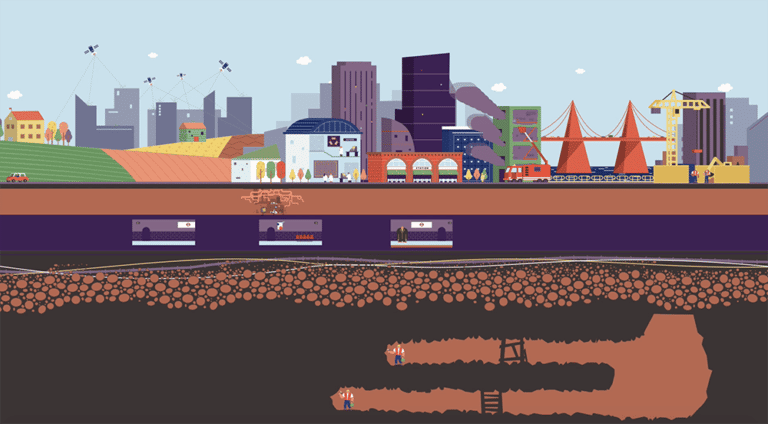 We live in a world driven by revolutionary advances in miniaturization, novel materials and step changes in computational capability. This work, although it exploits and builds on these advances, is built on principles that are seen every day in high school science experiments with electricity and magnetism. It serves as a lesson that sometimes the very low-tech is in actual fact, rather high-tech after all.