Run for Your Light

You may have heard the word “quantum” bandied around a lot. But what does it mean? In this animation we take a look at how the photon – the quantum particle of light – is being harnessed to help create new technologies like quantum computers.

Quantum mechanics is a theory proposed around 100 years ago, so it’s not all that new. Still, despite being around for such a long time, it still provokes debate because it is a strange theory. In quantum mechanics, many quantities we think should be definite don’t always have definite values; for example, an electron in an atom typically does not exist at any specific location. Whilst this sounds weird, this is not so unfamiliar: what note is the sound of a snare drum? It doesn’t have a definite note. Or, what colour is white light? No definite colour: we know from rainbows that white light contains all colours.

In the 1980s, physicists were led to the interesting concept of “quantum information”. In a normal computer, 1s and 0s are represented by electronic charges. But in quantum theory, electron charges can be non-definite. So what if we had a computer where the bits were “quantum”, with non-definite values? This is permitted by the theory. But could such a machine be useful? It could do everything a normal computer could do, because ordinary bits are just a special case of quantum bits. There were strong hints it could also do more than a normal computer, simply because simulating how a quantum computer behaves turned out to be very difficult for our best classical computers; In fact, we now have strong theoretical evidence to suggest that a quantum computer could be vastly more powerful than a classical computer, at least for a select, but growing number, of tasks, such as weather forecasting and decryption. This has motivated decades of research into trying to build a quantum computer, something which has just recently become feasible technologically.

We’ve been discussing electrons, and in theory, we could make a quantum computer based on electronics. However, quantum effects are difficult to see in standard electronic components – this explains why our computers are not already quantum computers! It is much easier to see quantum effects with light. In fact, most of us already think of light as a kind of fluid, without a definite position, so the question “what is the position of this light?” reads as a grammatical error. Actually, just as electric currents are carried by electrons, light is made up of particles called photons. True to form, they obey quantum rules, so photons do not always have definite positions. This makes them ideal as quantum bits. Moreover, they are much easier to control than electrons, since photons are not disturbed by stray electric and magnetic fields. 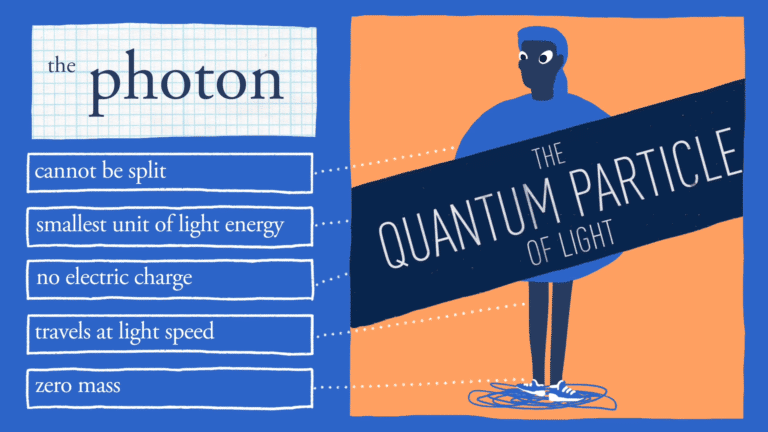 The one and only

As discussed in the animation, pulses of light, containing billions of photons, are already used in modern fibre-optics to send broadband data over the internet. But quantum bits must be encoded on individual photons. In fact it is an on-going research challenge that we’re working on here at the University of Oxford to produce a light source that delivers one and only one photon on demand. A single atom can be used (see box), but it is hard to reliably hold a single atom in place. And each photon is emitted in a random direction, so these photons are hard to catch. The video explains two parallel lines of research that seek to solve this problem.

Approach 1 – When one becomes two…

Some crystals can be used to convert a single photon into two, as long as the total energy is conserved in the process – this is called ‘parametric downconversion’. The colour of a photon corresponds to its energy; for example, a blue photon has twice the energy of a red photon. Therefore as we saw in the animation, a blue photon can be converted to a pair of red photons. This conversion is a rare event, even when a steady stream of blue photons falls on the crystal. Nevertheless, we can determine that it has occurred by measuring just one of the generated red photons with an absorbing detector. In this case, we know the second red photon was also produced, and it is available for use. This type of source is called a heralded photon source, because although the timing of the red photons is random, each photon is accompanied by the detection of its partner, which announces, or ‘heralds’ its arrival. Heralded photon sources have driven research in quantum optics for the past 20 years, and ongoing research continues to refine this tool.

Quantum dots are sometimes called “artificial atoms”. A quantum dot is really any tiny structure that can trap an electron. As the electron moves within the trap, it can emit a photon, making it an ideal single photon source. Quantum dots can also be placed on a surface permanently with channels built around them that trap the light emitted, allowing us to control the direction that the light travels. We can also use electric fields to control whether or not a quantum dot emits light, hence acting as a switch. We can even determine the colour of light they emit by changing the materials the dots are made from. Consequently it means we can generate single photons on demand that travel in a specific direction. This makes them ideal sources for use in quantum cryptography.  The fabrication technology needed to build quantum dot photon sources has been years in development, but is now reaching maturity. 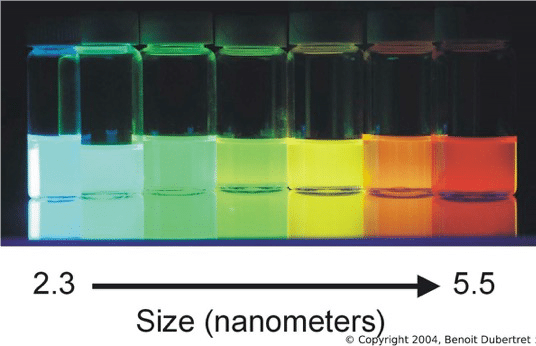 How do you know your light pulses contain only one photon?

Usually, photon detectors work like “Geiger counters” – they give a big click if a photon comes along. However, because the photons come in so fast, whether it’s two photons or 10 photons, you would still only hear the same one big click.

To overcome this, physicists used a partially-reflecting “beam splitter”, which reflects half the light and lets the other half through, followed by two photon detectors (see diagram). With light from usual sources, such as a bulb, the sun, or even a laser, sometimes two photons arrive at the same time. This can result in simultaneous clicks from the two detectors.  On the other hand, when they collected the light emitted by a single atom, they never saw two clicks. This meant that two photons never arrived together. This is a clear signature that the light from an atom never contains more than one photon. 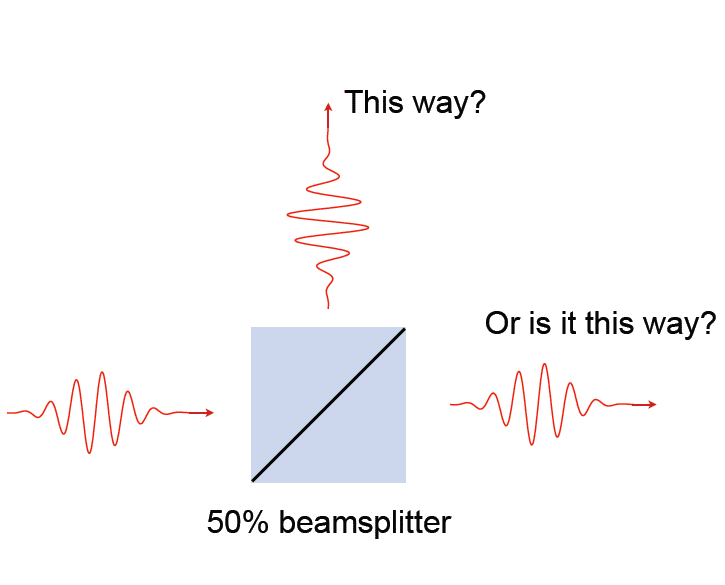 There are two lessons here:

First, a single atom is the ideal source of single photons for an optical quantum computer. Second, if information is encoded in single photons, they cannot be “tapped” by an eavesdropper: any photon you detect is not seen by the eavesdropper, and vice versa, so single photons can encode messages securely.