I was born in South London, both of my parents are first generation immigrants from Guyana and myself and my two sisters were raised in a traditional Muslim family. I have always had a keen interest in science and often wondered how things worked and why they were a certain way. No doubt inspired our frequent trips to the London Science Museum, my intrigue was always encouraged and supported by my family.

At secondary school I was incredibly lucky to have some amazing science teachers who tried to make lessons interactive and interesting, even with classroom restrictions. Many of them were very encouraging of my passion for science and my decision to pursue it in higher education. I was also awarded the Nuffield scholarship, which gave me the opportunity to work in the Davy Faraday Research Laboratory in London for a summer, synthesising magnetic nanoparticles. This was my first experience working in a lab, and I loved it! After completing my A-Levels I started an undergraduate degree in Physics at the University of Warwick in 2011. That’s where I developed my passion of experimental physics and learnt to love the frustrations and triumphs that occur in a laboratory. During the final year of my degree I decided that I wanted to do a PhD; I applied and eventually won a place on the Diamond Science and Technology Centre for Doctoral Training. This meant completing a one year Master’s degree focusing solely on diamond as a material with a vast variety of unique properties and as many applications. This was followed by completing a PhD at Oxford University in the Materials Department with the Photonic Nanomaterials Group. I am currently a third year PhD student, focusing on using synthetic diamond with specifically fabricated defects to be used for quantum computing.

While at Oxford, I have taken on a number of roles in college and in the department which address issues of diversity and equality. Most significantly, I started the Women in Material Science group to help support other people working and studying in the department who identify as women, and non-binary people, and to celebrate their work. We also host careers events for undergraduates and postgraduates who are looking to network with women working in STEM. I also take part in a lot of public engagement and outreach events to make science more accessible to everyone, particularly for people from similar backgrounds to my own.

My research on quantum computers and diamonds

My research project is part of Networked Quantum Information Technologies (NQIT), a research hub that brings together research groups across the country to try and build the first quantum computer in the UK.

A quantum computer is promised as the next great step in computing power for human kind. It uses the “weirdness” of quantum theory to store data and perform algorithms in a manner which is very different than conventional computers, such as the ones we use at home. Traditionally, everything your computer sees is written in a specific series of 1s and 0s. In a quantum computer the rules are a different – these differences mean your computer can solve problems much faster, more accurately and can store more data. Imagine you want to find a particular phrase in a vast library of books. A traditional computer would have to read each book, one at a time, until it found the phrase, whilst a quantum computer could look at all the pages in all the books, all at the same time! Although no one has managed to build a quantum computer yet, there are many predictions for what they could be used for, including the development of medicines and other treatments, simulating complex biological systems and safer encryption of our private data.

For more information on quantum computing, this is a great video:

The stream of my research uses diamond, as the starting material for a quantum computer. Diamond is a very extreme material – it is known not only as being a beautiful gemstone but also for its industrial applications (such as its use as drill tips when drilling for fossil fuels). Lesser known are its applications in biology, medicine and quantum computing.

A diamond is made up of carbon atoms all bonded in a specific way, called a lattice. Sometimes imperfections can appear in the lattice, these are called defects. There are a number of different defects in diamond each with their own unique properties; these properties are what mean diamond has so many different uses.

One example of a specific defect in diamond is the nitrogen vacancy centre (NV) which is used for quantum computing. In this defect, a nitrogen atom sits in the place of a carbon atom and has a missing atom or “vacancy” next to it, as illustrated in figure 1. This defect has the ability to absorb green light and then emit red light – the amount of which depends on the “spin state” of the defect

Spin doesn’t have anything to do with how the electron is moving; larger things that spin very fast can produce a magnetic field of a particular type, and we noticed that electrons have the same kind of magnetic field (despite the fact that they’re not spinning) so we use the term ‘spin’ to describe it. The NV defect can exist in the spin 1 or spin 0 state. It is possible to force the defect into either of these states by applying microwaves (similar to those in your microwaves at home). By monitoring the amount of red light the defect is emitting, we can tell which spin state the NV centre is in. This control of the spin state between 1 and 0 is similar to binary computing (used in personal laptops and computers like the one you’re using) where data is also encoded as 1 or 0, but in quantum computing our bits can be both 1 and 0 at the same time, so we can encode much more data at once.

My research project involves building a microscope that can image these defects, as they are only a few atoms big and invisible to the naked eye. By being able to look at these defects, we can select the best ones and control them and eventually we will be able to combine lots of defects to build a computer. 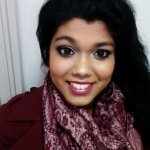