My background is fairly mixed and international. My father is Iranian, my mother is Irish and I was born in Sweden. We moved around a lot when I was younger but we eventually settled in Gloucestershire when I was 7. I went to a big secondary school (with over a thousand students). I really enjoyed science but I also loved creative subjects such as Art and Modern Languages.

At the end of school I didn’t really know what I wanted to do; I was torn between studying languages or geography at University so I took a gap year to figure it out. I moved to a new city, got a job and spent more time thinking and reading about the subjects I was interested in. The time to think was really helpful and I ended up starting a degree at St Andrews studying Geography a year later. I also took some classes in Earth Sciences – this is when I was first introduced to the wonders of the oceans. I loved the way that studying the Earth allowed me to think creatively about all sciences – chemistry, biology and physics. During my time at St Andrews I got to visit lots of great places including Spain, France and closer to home in Scotland.

I felt that I wanted to continue learning about the oceans, and that I also wanted to contribute to our understanding of the oceans. Therefore, after I graduated in 2016 (with a degree in Environmental Earth Sciences) from St Andrews, I moved to Oxford to start a PhD at the University of Oxford Department of Earth Sciences.

My research on ocean microbes and climate change

The ocean takes up around 71% of Earth, yet an enormous 95% percent of that ocean is completely unexplored.  Microbes (like bacteria) that are invisible to the naked eye are present all throughout the ocean – one millilitre of ocean water can contain over a million microbes! These bugs are very important as they make our planet an environment that humans can live in. Marine microbes produce half of the world’s oxygen and also help reduce the levels of greenhouse gases that are contributing to climate change.

Climate change is causing the oceans to become more acidic and warmer. Will microbes that keep our planet habitable adapt or go extinct in response to climate change? To determine the future of these ocean bugs we need to understand how they live in the current oceans – this is the research I undertake!

I research one of the smallest group of living things on the planet. They are absolutely tiny (1/1000th of a human hair) but they have a huge impact on the oceans – they cycle the element of nitrogen (which is one of the most important elements for biological systems). I’m an ‘ocean gardener’; I grow different microbes from the oceans in our laboratory in the Department of Earth Sciences. I do this by using seawater and then changing the chemistry by adding different ingredients – elements such as copper, iron and cobalt.

This allows us to precisely determine the perfect environment that marine bugs like to live in. From this information we can then make predictions about what might happen to these bugs in the future as the ocean changes. But we can also use this information to understand how these microbes have evolved over billions of years. Unlike large living things, such as dinosaurs, ocean bugs don’t leave fossils so we have to figure out other inventive ways to understand how they may have lived in the ancient ocean. This helps us speculate about what the oceans and Earth looked like billions of years before humans existed! A wise teacher once told me ‘the present is the key to the past’ – it’s very true!

In the future I hope to go out to oceans on a research cruise. My goal is to visit the Southern Ocean, which surrounds Antarctica. I want to investigate the marine microbes that I have been growing in the lab in their natural habitat. 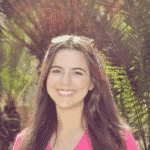