I chose chemistry as a career partly because, when I was a schoolboy at a state school in rural Somerset and when I was a student both at Oxford University and at Imperial College London, I had wide interests – especially in chemistry, mathematics and geology. Becoming a physical chemist has allowed me to be active in all three areas. For example, we have studied the chemistry and electro-analysis of minerals and have developed the mathematical theory of electrochemistry. A more circumstantial reason was that the geology of the United Kingdom, and particularly that of Somerset, where I spent my teenage years, is relatively uninteresting — far too much calcium carbonate and too little of the rest of the Periodic Table! Had I grown up in Siberia, say in Tomsk or Sverdlovsk, I suspect I might well have become a geologist!

We have developed electrochemistry-based sensors to measure the heat of chilli peppers and the strength of garlic (amongst others). The former have been used for outreach. The low cost and robustness of typical electrochemical sensors allowed us to provide schools with enough kit to permit hands on investigations by pupils of a wide range of ages (13-17) and of markedly varying chemical expertise/experience and allowed them to devise their own projects around the science of chilli peppers and chilli heat.

You can watch some of my interviews here: 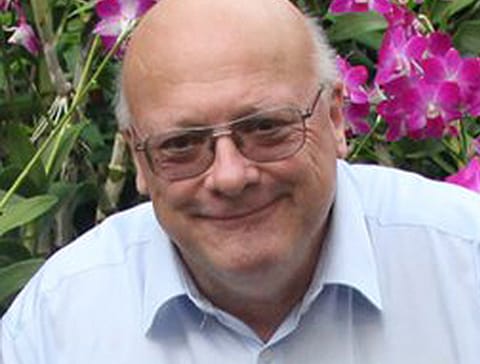