Chemist Who Doesn’t Use Chemicals

I was born and raised in Vietnam for the first 15 years of my life. When I was about 6, my favorite thing to do with my best friend was to sneak into the kitchen and mix up all the spices and oils that we could find (don’t tell our parents this secret!). Looking back, was this the sign of a chemist in the making…?

My family relocated to Santa Clara, California, and I had to learn and use English as the main language… learning biology in English was a nightmare for me during the first few months. Through all those years, I sort of knew that chemistry and maths were among my strongest subjects in schools.

When I started at the University of California in Davis, I decided to do Chemistry, though I continued to keep up with maths as well (honestly, I chose chemistry just because I could envision what a chemist would do, and I just wanted to give it a try without fearing failure!). Sometimes I felt I wasn’t doing as well in chemistry as in maths classes; however, after the first year, the study got more intense and focused, and I soon realized that high-level calculus theorems were too complicated for me. At the same time, chemistry started becoming more interesting, especially in the area called organic chemistry. But, there was a major problem… I didn’t really enjoy working in the labs (I’m still scared of breaking glassware or mixing the wrong chemicals).

Fortunately, I met a professor named Dean Tantillo, who was an expert in computational organic chemistry, a.k.a. chemistry WITHOUT lab work. Dean gave me an opportunity to do research in his group and also encouraged me to pursue Ph.D. study. I got my Bachelor of Science degree in Chemistry and started Ph.D. research with Dean. I’m currently a postdoc in Chemistry at the University of Oxford.

So, what is computational organic chemistry? Well, the common theme is that it involves using computers to study something that happens in the lab, something with molecules so small that the human eyes cannot see. There are many varieties of computational organic chemistry. For instance, in my Ph.D. study, I collaborated with more than 13 experimental chemistry groups in different countries, which meant that I had the chance to work on more than 13 different projects. They did the chemical mixing, and my job was to explain why things happened the way they did. For example, they tried to make something by mixing chemicals together but got an unexpected product (you know, like in cooking, you mix the ingredients together to create the dish you want, but sometime the food doesn’t turn out as expected J), so I did some calculations of the reaction on the supercomputer to help understand why they got that product.

Currently, one of the projects I’m working on is computational Nuclear Magnetic Resonance (NMR), in which I help confirm the identity of a chemical compound. It’s like calculating finger prints of a person and then comparing them to finger print evidence to confirm if it’s that person (see picture for an example of what I saw on a computer).

Do chemists only do chemistry? Actually no; one major part of research is to write and to publish articles in order to communicate research results. Professor Tantillo loves writing, and working with him really broke my misconception that science writing should sound boring. We tried to put some creativity and humor in the papers whenever possible and appropriate. We tried to make a lot of fun images to explain the chemistry, so another added skill is computer graphic design.

I love contemporary dance and painting, and Dean had really encouraged me to keep a work-life balance, so I often go to dance classes a few times a week. We also loved to do outreach projects to help people learn more about science, and one project I created was “Walking in the Woods with Chemistry.” It was an exhibit of 3D-printed chemical models in the garden to help people learn more about the useful natural compounds produced by plants (http://blueline.ucdavis.edu/Walking2.html).

If you enjoy traveling, do consider chemistry! I grew up and went to schools in California, USA – so what brought me here to Oxford? After getting my Ph.D., I was offered a Marie Curie fellowship to do postdoctoral research here in Oxford, so I packed up and moved across the pond. Through all these years, chemistry has given me priceless opportunities to see the world. I went on research trips and meetings in Chile, Canada, Germany, France, Belgium, and more.

I hope my chemistry journey can convince you that science isn’t just working in the laboratories. It can include computer modeling, creative writing, graphical design, and traveling! If I may offer some advice, I would say #1 is to find a great mentor/boss that you want to work for and #2 is not to be afraid of trials and errors to find what you might enjoy doing. 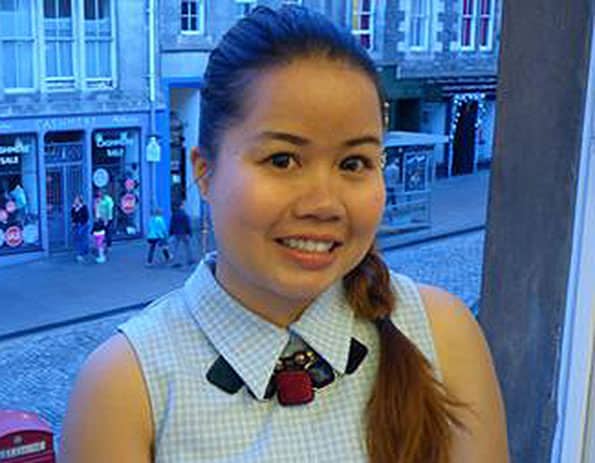