I was born in Shanghai, China. The majority of my school education took place during the infamous Cultural Revolution. There was no encouragement of academic achievement. Fortunately, the Cultural Revolution ended in 1976, when I was 16, and it became normal again for teenagers to study and apply for university places.

I entered Fudan University (Shanghai) in 1978 to study computer science. This was the era before personal computers. Undergraduate students were not allowed in the mainframe computer room. All of our programming assignments were written on punched tapes.

I arrived at Swansea University (Wales, UK) in 1984 to study for a PhD degree. In this beautiful seaside city, I developed my research career in data visualization and became a professor in 2001. I moved to the University of Oxford in 2011 as a Professor of Scientific Visualisation and a Fellow of Pembroke College.

My research on data visualisation

What is data visualization for? It allows us to see data quickly. Imagine you are a rugby coach. The first half of a match has just finished… your team is a few points down… you’re in the locker room with your players… your assistant is murmuring all the basic stats, “…seven scrums, six line-outs…” You think: if only there were a way to watch the first half of the game again very quickly, I would be able to say something more useful to these shattered players. Well, that’s one of the things that I have researched, and I’ve found a way to help rugby coaches.

There’s simply not enough time to watch the match video during half-time. So – I know it sounds like something from a sci-fi movie – what we therefore need to do is to play the video without using time! We can ask the computer to extract all useful events from the video and draw these events using some small pictures, called glyphs, onto a storyboard, that is, a kind of comic strip. The coach can have a quick glance at the storyboard, recall those important moments when perhaps critical advantages were obtained or lost, and then give some useful instructions to the players.

We worked together with the Welsh Rugby Union to find this solution. We spent a lot of time watching rugby videos with data analysts in the Welsh rugby team, while listening to the experts’ insightful commentaries. We learned the types of important moments that coaches would like to see on the storyboard. We then created different visual designs of the storyboard, and asked the rugby experts to select which they considered to be the best. Finally, we created an app for a tablet computer and gave it to the Welsh Rugby Union. As you can imagine, it was pretty fun getting to see some famous players, but we were of course not allowed to distract them from their training!

Rugby isn’t the only sport we have worked on. We also found ways to watch a snooker video without using time! During snooker training, it’s really useful for new – and even experienced – players to be able to see how much spin they’re putting on a ball. So we use a special cue ball that is half black and half white, and film its movement using a high-speed camera. However, no one enjoys watching slow motion videos in order to count the spins. To help snooker coaches and players, we condensed the video into a single image, where the movement of the cue ball was shown as a moving line, which looks a bit like a ribbon. Each twirl in the ribbon represents a half spin of the ball – the more twirls in the ribbon, the more the ball has spun! Terry Griffiths, the 1979 world champion, said jokingly: “it is perhaps easier to ask my trainees to make more twists than more spins.”

It was at Oxford that I, together with a USA economist, discovered a mathematical formula that can explain why data visualization works. 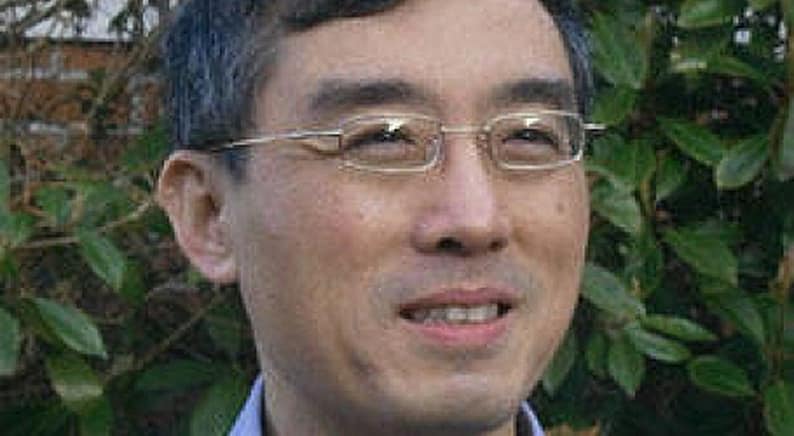