Describe yourself in three words

What’s the best thing you’ve ever done in your career?

Four years on the most exciting thing is still when I attended a planetary science meeting to discuss where to send the European Space Agency’s next rover to Mars. I’ll never forget the thrill of being fresh out of a Masters degree and getting to be a part of the real heart of the space agency.

What or who inspired you to follow your career?

I took a third-year module in my geography degree called Martian Landscapes, which blew me away from day one. Three lectures in I switched to the Masters course; the following year I wrote my research project about Mars and knew I wanted to keep going. Really though, I got into space when I was six when my dad recorded a BBC documentary called The Planets (1998), which you can now find on Netflix!

If you weren’t doing this job, what would you choose instead.

It’s still my goal to publish a novel, hopefully sooner rather than later! Being a full-time novelist would be the dream.

Who is your favourite singer or band?

It’s been ten years since I discovered Taylor Swift; one day I’ll be ninety but I’ll still be singing about teenage heartbreak.

Cup of tea and a chocolate digestive.

What is the most fun thing you’ve done?

My partner and I go snorkelling of a weekend, usually in Pembrokeshire but sometimes Scotland. Mostly we just end up jumping off high rocks and getting utterly battered by waves, but sometimes if we’re lucky we see seals, colonies of spider crabs, and once a bioluminescent jellyfish. It’s pure heaven.

Best thing about where you grew up?

The sea! I grew up on the coast near Liverpool, where the sea was never further than running distance. Several times a week I would escape into the dunes, or the pine forests, or the marshes, and the sight of the sea itself was always a comfort: a kind of wilderness right out to the horizon.

Best and worst thing about school?

The best thing was the little fiction library: at break-times I would finish my homework as fast as I could then pick up a new book. I must have read almost every one there by the time I left. The worst thing… I never enjoyed high school so it’s hard to pick one out. It’s an awkward time of life and I was glad to leave it behind.

Describe your perfect weekend in 5 words?

Writing retreat by the sea!

Which ‘people like me’ personality type did you come out with?

What do you do when the going gets tough?

I get as much done as I possibly can day after day — my happiness is strongly linked to my productivity! But when things really get tough then it’s time for a hiking holiday: a few weeks hiking through the Scottish wilderness is perfect.

What makes you laugh?

Cat videos; memes; a giant, hideous plastic eel that my family and I hide in increasingly improbable places whenever we’re all home; and fresh air (everything is funnier outside).

What do you want to do after your PhD?

I’ve loved being a scientist for the last few years and it would be great to keep going once I finish my PhD. Working in planetary science means there’s the occasion to visit many amazing places around the planet, too, which is an added bonus. I also love writing science fiction, so the real dream would be to do both at the same time — research other worlds, then turn them into stories. 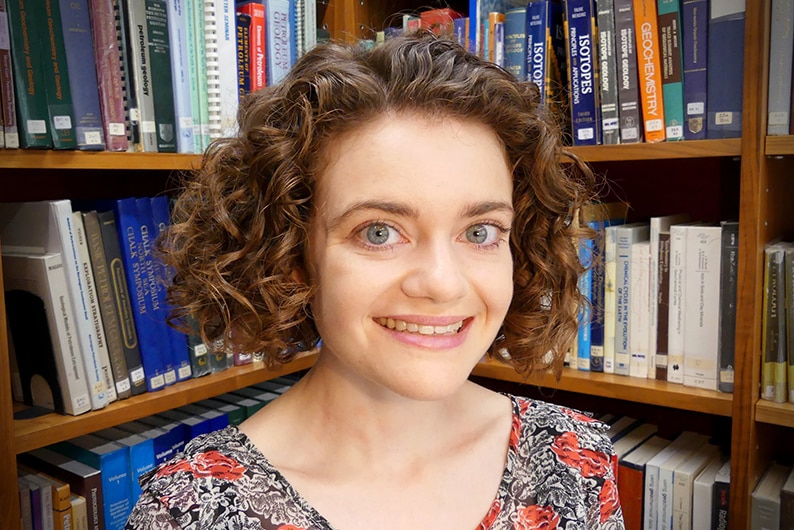