I have always been interested in space and geology, so I am excited to be in a field where I can study rocks on other planets as part of a number of space missions – the LRO, OSIRIS-REx, Comet Interceptor, and Lunar Trailblazer missions.

I received my undergraduate degree from Washington University in St. Louis, where I began working with remote sensing data from the Moon, which involved looking at detailed pictures of the lunar surface to count the craters in a region to figure out how old it is. I continued that vein of research throughout graduate school at Stony Brook University, where I researched the way the lunar environment affects the spectral properties of rocks and our ability to identify them elsewhere in the solar system. Now here at Oxford, I continue to study rocks on the Moon, but have also expanded to looking at asteroids and comets.

I also enjoy teaching and sharing science with the public. I started to get involved with outreach in the community at Stony Brook, where I and my colleagues began a group that brought hands-on science to local elementary students. Since moving here, I have gotten to know the Oxford community through the annual physics Stargazing events and the Destination: Space series. 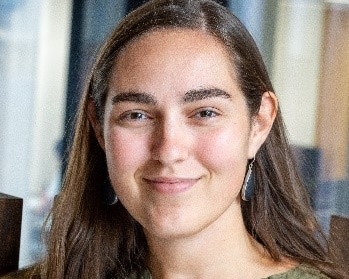