I was born and raised in Hong Kong. I attended Chinese-speaking schools when I was growing up because my parents wanted me to learn the local language. However, since my Filipino parents only spoke English and Tagalog, I couldn’t ask them for help with my homework. I also found it hard to relate to my peers because I didn’t watch the same TV shows or movies. Thankfully though, I learned enough Chinese to get by through spending time with my classmates and attending classes at a tutorial centre.

Physics and engineering have always fascinated me, even as a child. I would watch documentaries on the Discovery Channel and the National Geographic Channel, and ask my dad all sorts of questions about why things worked the way they did.

I started studying physics formally in secondary school. I really enjoyed it because it meant that, through a few equations, I could finally begin to understand why and how the physical world works. After I finished school, I pursued a bachelor’s degree in physics and computer science at the University of Hong Kong.

The last summer of my bachelor’s degree was spent at Europe’s largest particle physics laboratory, CERN, in Geneva, Switzerland. There I worked on ATLAS, an experiment at the Large Hadron Collider (discussed below in my research section). It was during this time that I became interested in doing research. I loved how multinational and multicultural the 10,000-strong team member collaboration is, and I think it’s amazing how all these people are combining their expertise to answer the big question of how our universe came to be.

I began studying for a DPhil (same as a PhD) in Particle Physics at Oxford in the fall of 2017. I am still working on the ATLAS experiment, where I’m looking for the fundamental particles which make up our universe.

I have a lot of interests outside of physics. I’m quite a keen musician; I like to listen to interesting music, I sing, and I play the guitar, piano, and bass guitar. I like taking photos as well. Recently I’ve tried to start a vlog documenting my life as a PhD student.

My research on dark matter

If you tried to break an everyday object in two, say a table, and you did this as many times you could, eventually you’d end up with the atom, what we typically consider as the smallest, indivisible unit of ordinary matter. But actually, you could further subdivide the atom into electrically positive protons, electrically negative electrons, and electrically neutral neutrons. Now could we break up them up even further?

The Standard Model of Particle Physics says that the universe is made up of a number of fundamental particles which are smaller than the atom; you can think of these particles as Lego bricks which make up everything we see. They have funny names like quarks and leptons. The Standard Model also says quarks and leptons interact with each other through particles called gauge bosons. Finally, a particle known as the Higgs boson gives mass to most quarks, leptons, and gauge bosons.

If we look at how galaxies rotate, we’d see that they rotate as if they had more mass than they look like they do. Patches of outer space which look empty have gravity so strong that they bend light as a lens would do. These observations could be explained by something called dark matter.

We don’t really know what dark matter is, just that it interacts through gravity; we’re not even sure how strongly they would interact with regular matter, if at all. What we do know, though, is that if there existed some invisible matter, then it could explain why galaxies rotate the way they do, and why light bends through seemingly empty space.

The Large Hadron Collider is the largest machine in the world. It sits in a 27 km circular tunnel 100 m under Geneva, Switzerland. It accelerates protons (one of the constituents of the atom) to 99.99998% the speed of light and makes them crash into each other. We can produce any of the quarks, leptons, or bosons from the Standard Model in these crashes.

We hope that maybe we’d be able to make dark matter in these crashes as well. However, since dark matter doesn’t interact very much (if at all) with regular matter, the chances of successfully making it are very, very small. That’s why we collide protons 40 million times per second, in the hopes of catching those few times that it is produced.

The ATLAS detector is like a big camera, it takes “pictures” of these collisions. We can study these pictures to learn how fundamental particles are produced, how they interact, and how they decay. Again, since dark matter hardly interacts with regular matter, our detector can’t actually detect dark matter directly; we would only see it as “missing” energy.

The detector sees two highly energetic particles (in green) going to the bottom left, but nothing going in the opposite direction. By conservation of momentum, there should be something(s) to balance the two green particles out. The “missing” momentum, or missing energy, is drawn as a dashed red line.

To complicate matters even further, missing energy isn’t even a tell-tale signature of dark matter. Missing energy could be from neutrinos (which are in the Standard Model) or some other unknown non–Standard-Model, non–dark-matter particle.

So essentially looking for dark matter is like trying to find a needle in a haystack, where the haystack is incredibly large and we don’t even know if the needle is there.

But, all this effort is surely worth it. Finding out what dark matter is and how it behaves will help us figure out how stars form galaxies, and galaxies form clusters; we might find out why, in the observable universe, there’s so much more matter than anti-matter; we might understand what happened in the early universe, moments after the big bang…

Not only are we trying to answer questions about galaxies and outer space, we’re trying to find out why this universe exists at all, and how it came to be. 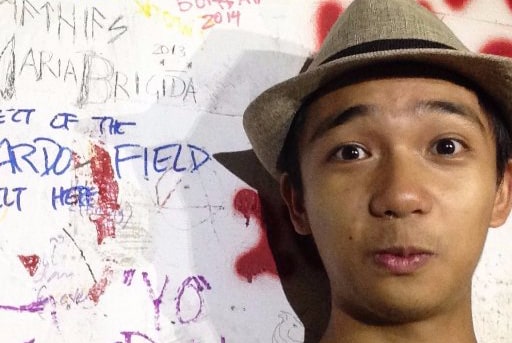