I took a roundabout route to get to planetary exploration. I was looking for work with my Physics degree which was environmentally responsible and commercially relevant, and this took me to Sydney (Australia) where I got a Masters degree researching double glazing for two years. Although I enjoyed the research environment, I decided glass wasn’t for me! A subsequent job interview in a satellite instrumentation laboratory looked to me like the dream job, but I didn’t get it, so I signed up for a doctoral degree in Oxford to work with spacecraft.

I seem to have stumbled on a great doctoral project; what started out as simply testing some meteorological sensors for an upcoming Mars lander turned into designing and supplying a wind sensor for the UK’s own Mars lander, Beagle 2, on a very short timescale: within the space of four years I’d built a Mars wind tunnel, built and characterized a dozen prototypes before delivering the calibrated wind sensor and getting it launched into space on its way to Mars. I handed in my thesis and passed the associated examination of it just 12 days before Beagle 2’s arrival at Mars – which is just as well; something went wrong and Beagle 2 never returned any signals. After a long wait, I managed to get my wind sensor flown on the next European Mars lander in 2016 – you can hear more about that in the Oxford Sparks podcast!

After Beagle 2, for the next twelve years (2003 -2015) I worked on the European Space Agency’s Venus Express orbiter. I worked with this mission through almost its whole life cycle from calibration (ground testing) of its instruments through launch and operation until it plunged into the Venus atmosphere having exhausted all of its fuel. Having worked closely with the mission for so long I took on in 2009 what was effectively a deputy project scientist role, co-ordinating the scientific observations of all the instrument teams and maintaining balance between competing scientific goals – this has been a fascinating and rewarding job, working with scientists all over Europe (the instrument teams were based in France, Italy, Germany, Sweden and Austria), and also with the spacecraft controllers at ESA centres in Germany, Spain and the Netherlands. I’ve always enjoyed the multinational, multicultural, multilingual aspect of working in Europe.

I’ve now turned back to Mars, working on ESA’s ExoMars orbiter (soon to be joined by a European rover) which is looking for clues as to whether some form of life ever existed there. Mars is the planet which gets the most attention these days, due both to the possibility of human exploration and because its ancient surface may preserve clues as to how life developed in our solar system. But Venus is equally intriguing – Venus Express provided several tantalising hints that its volcanoes are active today, so exploring the volcanic and tectonic activity on our twin planet, and trying to find out whether it has had a more clement climate in the past, are fascinating questions. I’ve therefore spent a lot of my time developing mission proposals – from orbiters to probes and even balloons and airplanes – for both planets, which could help us understand these questions.

The similarities between these sibling planets – Mars, Venus and Earth – are striking, and it’s thought-provoking to stand in a dune field or lava flow on Earth, or look out an airplane window at an expanse of clouds, imagining whether the view would be the same or subtly different on the different planets which we can see in the night sky; I find this a particularly pleasing aspect of working in this field

Colin was part of a European research consortium researching Venus called “EuroVenus” – They have a number of blog entries and films which you can find at their website www.eurovenus.eu. In particular have a look at this series of films https://www.youtube.com/playlist?list=PL2wEMtM9XDfzdlDD8bY5Qq-V7pZNqH6M7 ; or grab a VR headset and watch our short 360 degree VR film https://www.youtube.com/watch?v=fxlfvg1vcYs . 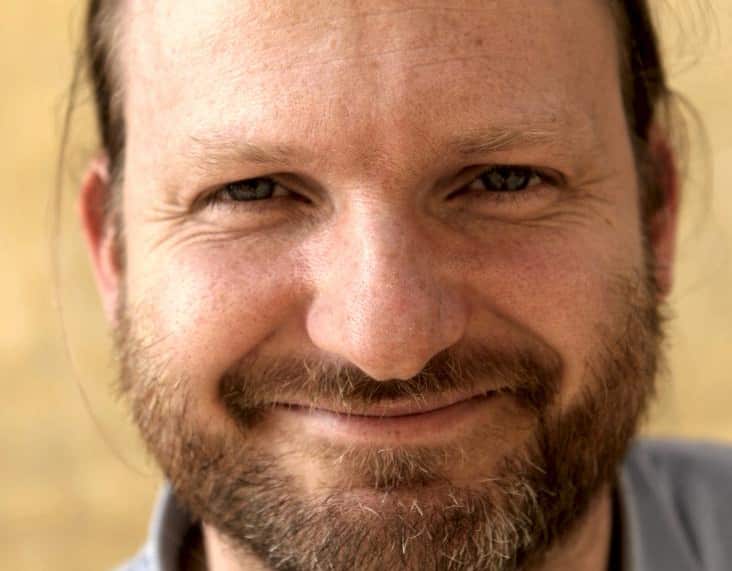