One of my earliest memories is being totally awestruck and overwhelmed looking at the star filled sky when visiting my grandfather’s house in rural India when I was 5 years old. Since then, I always held studies of the Universe at the back of my mind as something I was very interested in. At school I enjoyed most subjects including art, history, maths and science, which made it difficult to choose what to do for GCSE and beyond.

I always had an inclination towards more quantitative subjects such as science and maths, and I knew I wanted to study the three sciences separately. I also took GCSE Economics, which I really enjoyed. I considered Economics, Medicine and Physics as potential degree subjects and found it challenging to decide between them. While I could have made the decision based on career and wealth prospects, I decided to follow my instincts and the subject that my thoughts kept returning to – my underlying curiosity in understanding how the world around us and the Universe works.

After choosing Maths, Further Maths, Physics, Chemistry and General Studies A-levels I applied to do a BSc Physics at Imperial College London and then fulfilled my wish to study Astrophysics taking a PhD. I then spent five and a half years at the Max Planck Institute for Extra-terrestrial Physics in Germany returning to the UK in 2006 to join the sub-department of Astrophysics at the University of Oxford where I still work now as a Senior Researcher.

In my spare time, I enjoy sketching and painting, and especially doing crafts with my young daughter. Sometimes arts and crafts crosses into my world of Astrophysics with astronomy related children’s activities at our public open days and helping to organise the first Oxford Artweeks event at Oxford Physics.

My research on galaxies

My research is focussed on galaxies, trying to understand what processes are going on within them and connecting them to the first galaxies that formed within a billion years of the Big Bang and how galaxies change over the lifetime of the Universe. I also work on some of the largest telescopes that are currently being built, namely the Extremely Large Telescope (ELT) that will be the “World’s largest eye on the sky” measuring light from the Universe in wavelengths that our eyes are sensitive to (the visible range) to the infrared (heat); and the Largest Synoptic Survey Telescope (LSST) that will make a large map of the sky visible to it in a series of short exposures over 10 years creating a “movie” of the Universe.

Both of these telescopes are being built, by different organisations, in the Atacama Desert in Chile. This desert is “high and dry’, and is one of the best sites for astronomical telescopes in the world. In this barren and rocky landscape, a bit like what we would imagine the surface of Mars to be like, the weather and atmosphere are extremely stable (there is very little rain and clouds) allowing astronomers to peer deep into our Universe and study the planets, stars and galaxies.

One of the most exciting prospects of the ELT is that its huge mirror (39m across, just under the width of a football pitch) collects light travelling from the far reaches of the Universe but it also allows us to see the Universe in incredible detail or spatial resolution. The larger the mirror the more detail we can see. This means we get a super-fine view of anything we look at with the ELT. So in my field of galaxy research, such a super-fine view allows us to look at galaxies in great detail at all ages of the Universe to understanding the processes on-going within them.

The Universe also gives us another means to look at galaxies in detail; it’s called gravitational lensing that is sometimes called a ‘natural telescope’ because it can produce zoomed in or magnified images of very distant galaxies. It’s a bit like how a magnifying glass makes small objects or text bigger but in this case the magnifying lens is a massive galaxy that’s focussing the light from a very distant small background galaxy lying behind it. The more massive the galaxy, the more distortion it creates and can produce stretched or elongated images of distant galaxies that we call strong gravitational lensing.

However these objects are extremely rare: out of the trillion galaxies we think are in the Universe, we only know about 1000 gravitational lenses so far as they are very difficult to find. To help us sift out these rare events, we need to look through millions of images of the sky using a combination of computer algorithms and inspection by eye. Human pattern recognition skills outperform computer algorithms, so for many years I have been working with members of the general public or citizen scientists to find these rare gravitationally lensed galaxies in large surveys of the sky.

At spacewaps.org, members of the public have discovered about 100 of new lensed galaxies (visit the website to take part!). I am now figuring out how to find them from the large LSST survey. Because of its large survey area, it is expected to find about a hundred thousand lenses, a huge leap from the small numbers we know today. I am also working on understanding what observing these “natural telescopes” with the ELT will deliver. These will be the most zoomed in views of galaxies than have ever been seen before, revealing clues about how galaxies started their lives and how they have evolved. 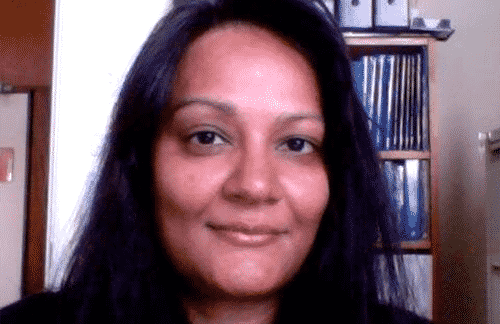