Unlike many palaeontologists, Allie’s love of fossils did not stem from a childhood interest in dinosaurs. While studying Biology during her Bachelor’s degree at Queen’s University in Canada, she took a first year geology course as an elective that convinced her that rocks were cool and the fossils preserved in them fascinating. She quickly switched her degree to Geological Sciences, and a summer fieldwork assistant job examining 600 million year old fossils in Newfoundland confirmed that palaeontology was definitely what she wanted to study. A Masters project at the University of Western Ontario studying traces of predation in the form of drillholes in brachiopod shells got her interested in the co-evolution of predators and prey. This research interest, mixed with a desire to spend a few years living in Europe, lead to a PhD at Uppsala University studying the morphology and evolutionary significance of a group of apex predators from the Cambrian Explosion known as the anomalocaridids.

Following her PhD, Allie spent two wonderful years as a postdoctoral research fellow at the Natural History Museum in London, funded by the Swedish Research Council. She moved to Oxford in 2013, where she is a Departmental Lecturer in Zoology, a Research Fellow at the Oxford University Museum of Natural History, and a Junior Research Fellow at St. Edmund Hall. Her research continues to involved anomalocaridids fossils, but is also examining the ecology of the Cambrian Explosion and the early evolution of the arthropods. Allie says “I am captivated by the palaeontological record of early animals, particularly the amazing fossils of the Cambrian Explosion. The fact that soft parts such as eyes, skin, muscles and guts can be preserved in fossils over 500 million years old still amazes me.” Her research has been featured on both national and international news.

Having been immersed in a museum environment for the last few years, Allie has been involved in numerous outreach endeavours. She regularly presents her research to the public at museum events such as the Wow! How! Public Science Fair at the OUMNH, and Science Uncovered at the Natural History Museum London. She has been a scientific consultant on numerous fossil reconstructions for museum exhibitions, has published several popular science articles, and was a scientific writer for the Virtual Museum of Canada’s Burgess Shale website (http://www.burgess-shale.rom.on.ca). She has appeared on the CBC Radio show ‘ Quirks and Quarks’ and her research was featured in a recent Palaeocast episode (http://www.palaeocast.com/episode-31-anomalocaridids/). 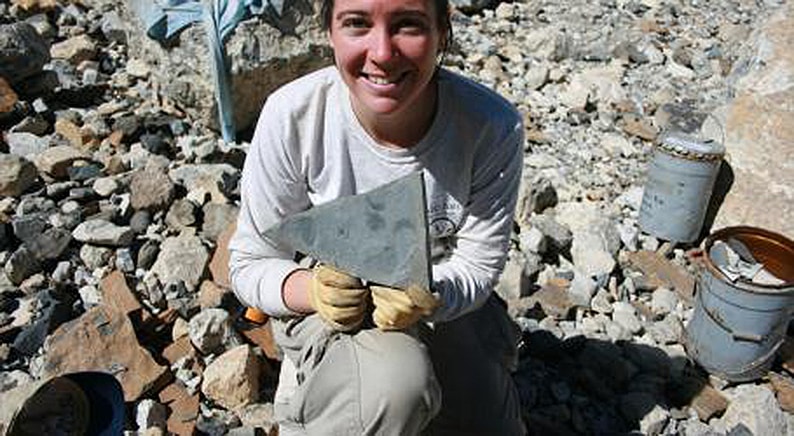