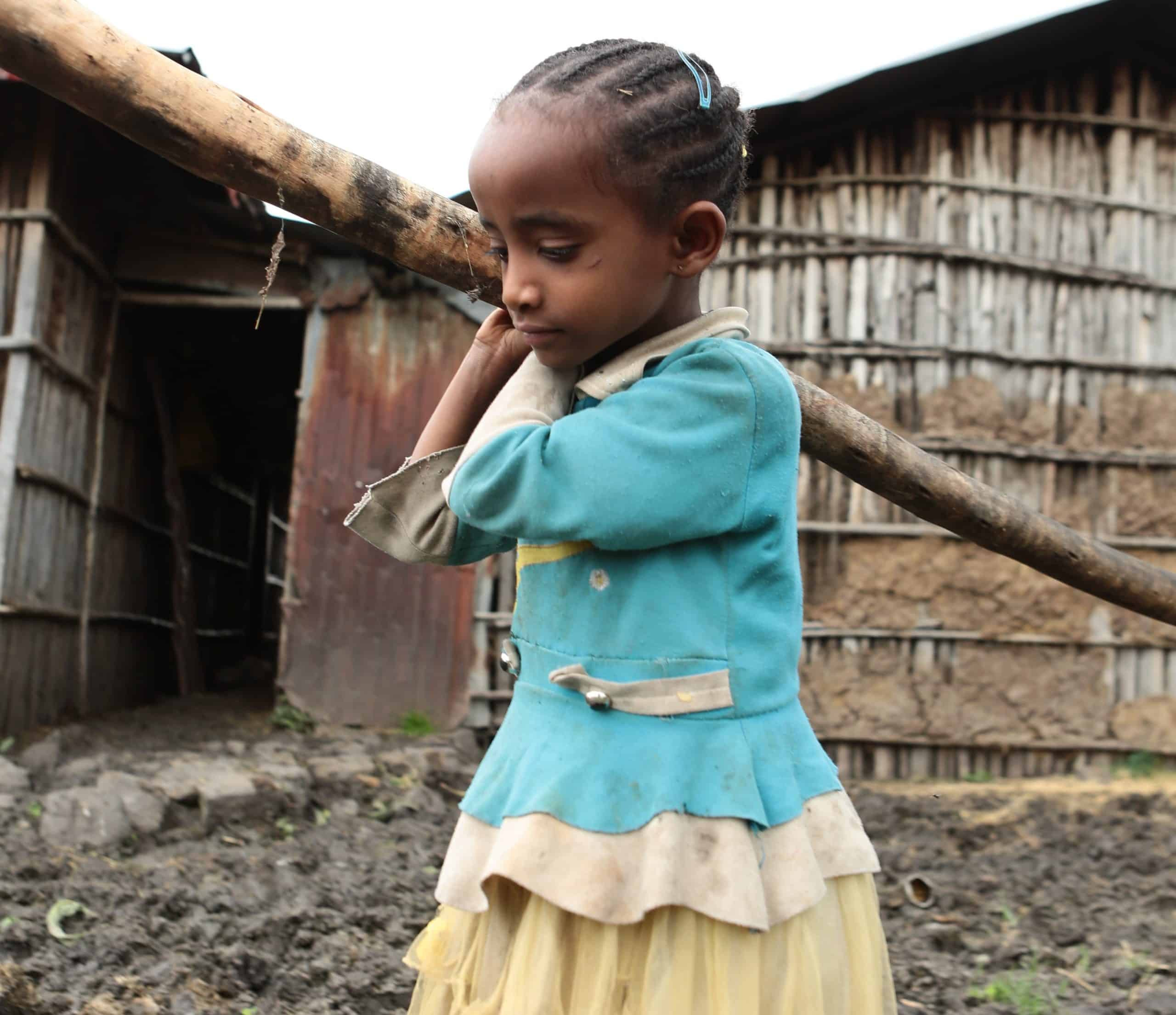 More than 4 out of 10 families living in communities across the Southern Nations, Nationalities, and Peoples’ Region (SNNPR) of Ethiopia ran out of food during 2021 because of severe drought exacerbated by high inflation, according to the latest survey from the long-running University of Oxford project Young Lives.

75% of families were concerned about running out of food…one in three young people said they, or other household members, went to sleep hungry because there was not enough food

In December 2021, Young Lives’ researchers interviewed 326 young people and their families from Ethiopia’s hard-hit south-western region. They found 75% of families were concerned about running out of food (see table below).  And some one in three young people said they, or other household members, went to sleep hungry because there was not enough food.

Young Lives Director, Dr Catherine Porter says, ‘These alarming figures represent a staggering increase in food insecurity compared to when we contacted the same families at the end of 2020, before the drought set in.’

She adds, ‘Efforts to support those in need are already under tremendous strain, compounded by the ongoing conflict, notably in Tigray and continuing economic and social impacts of COVID-19, with services disrupted, insufficient social protection and a humanitarian system already overwhelmed.’

These alarming figures represent a staggering increase in food insecurity

Dr Alula Pankhurst, Young Lives Country Director in Ethiopia adds, ‘We are deeply concerned for the vulnerable families who are part of our survey as they grapple with the immediate, unprecedented and devastating effects of climate change, conflict and COVID-19.

‘We are equally worried about the potential negative long-term impacts of severe malnutrition on children’s growing bodies and minds, as witnessed by our long-running study.’

UNICEF estimates almost 850,000 children are at risk of severe malnutrition in Ethiopia this year, with urgent humanitarian assistance needed for more than 6.8 million people by mid-2022.

Young Lives is a 20-year study following the same children across four countries, Ethiopia, India, Peru and Vietnam. The team in Ethiopia has been was unable to contact study participants in the entire region of Tigray and at sites in Amhara as communication is all but impossible in the north of the country because of the more than year-long conflict.

We are deeply concerned for the vulnerable families…as they grapple with the immediate, unprecedented and devastating effects of climate change, conflict and COVID-19

Findings from Young Lives’ unparalleled longitudinal research show early childhood stunting due to under-nutrition, especially amongst the poorest children, has a significant negative impact on the development of important cognitive skills, such as vocabulary and basic mathematics, as well as socio-emotional skills such as self-esteem, self-efficacy and agency, right through into adolescence. This impact may even occur during pregnancy or as a result of malnutrition experienced by adolescent girls even before they became pregnant, underlining the critical importance of targeting support to girls and young women.

The Young Lives team is currently analysing new data from an ongoing phone survey to investigate further deteriorating changes in food security, alongside impacts on the education, employment and mental health of young people. We will deliver our full findings in early March 2022.

Young Lives is a unique longitudinal study of poverty and inequality that has been following the lives of 12,000 children in Ethiopia, India (Andhra Pradesh and Telangana), Peru and Vietnam since 2001. The study is led by the University of Oxford and conducted in Ethiopia in partnership with Pankhurst Development and Research Consulting (PDRC), and the Policy Studies Institute (PSI).