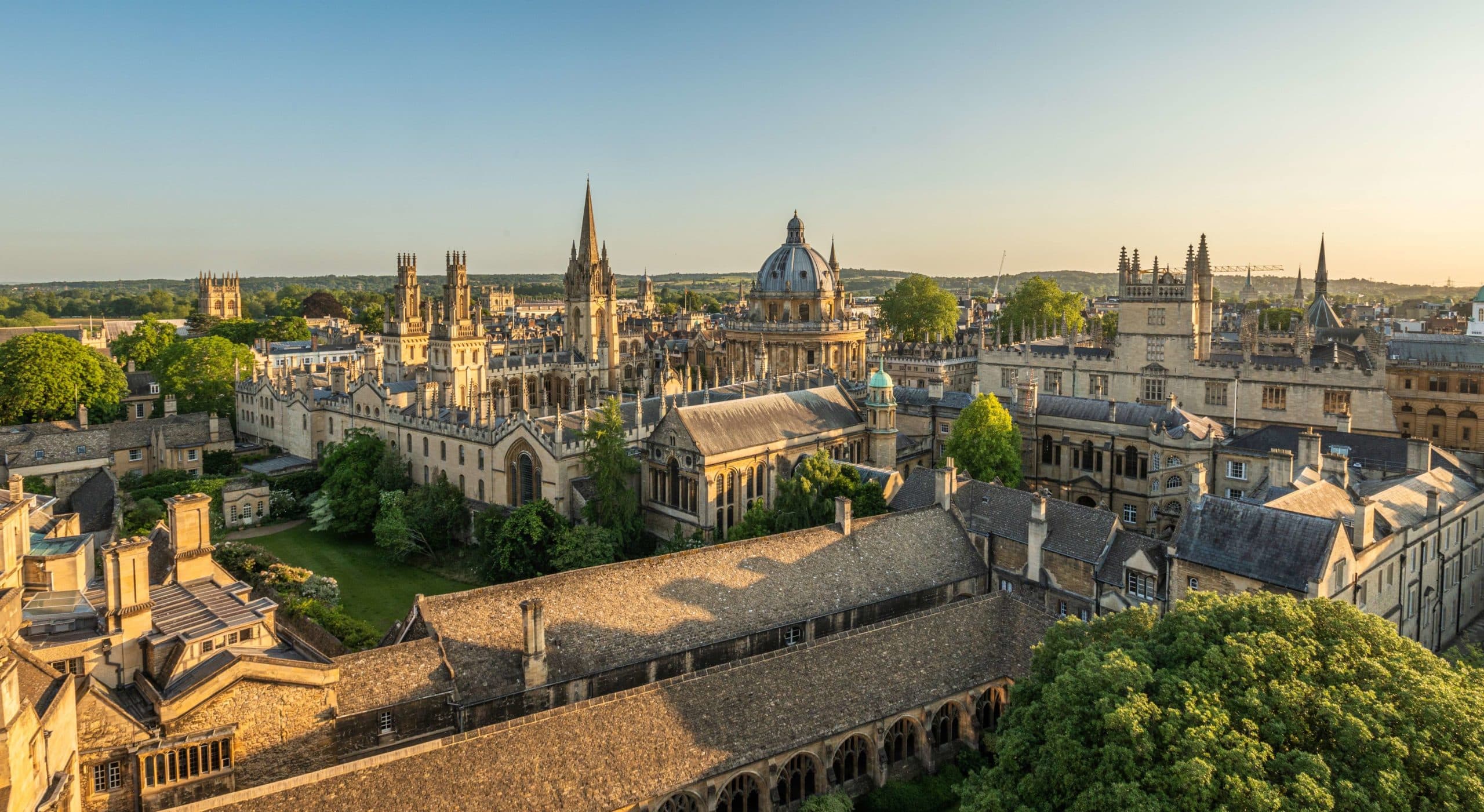 A new scholarship scheme providing financial support to graduate students displaced by the war in Ukraine has been made possible by a funding commitment of £602,550 from XTX Markets’ Academic Sanctuaries Fund.

XTX Markets, an algorithmic trading company, is partnering with Oxford to fund the new programme for the academic year 2023/24, with the possibility of it being extended further.

Their gift will help support 18 full-time taught master’s students. Successful candidates will receive full scholarships covering course fees and a £10,000 grant for living costs. Free accommodation and meals will be provided by their colleges.

A priority of the programme is to help facilitate ‘building back better’ in Ukraine; the aim being that scholars will be able to return and contribute to the reconstruction of their country with the knowledge as well as the networks gained during their year in Oxford. With this in mind, scholarships will focus on courses such as the MSc in Energy Systems and the MSc in Applied Digital Health.

Oxford has a long-standing tradition of support for refugees, and these scholarships extend the University’s commitment to refugee scholars and other forced migrants globally.

XTX Markets established its Academic Sanctuaries Fund of £15m over three years to help deliver academic sanctuary for students and researchers affected by the war in Ukraine, with universities and charities able to apply for funding.

Simon Coyle, Head of Philanthropy at XTX Markets, said: ‘XTX Markets is delighted to be funding the University of Oxford to expand its Graduate Scholarships for Ukraine, supporting people displaced by the war in Ukraine.

‘We are encouraged that this programme will focus on supporting students who can help Ukraine build back better, in this case by providing one-year master’s courses in areas that are crucial to reconstruction, including energy systems, medicine and science.

‘Generally speaking, we prioritise funding for projects that can be sustainable into the future, and we are impressed by the University’s plans to continue to grow its scholarships for refugees and those displaced by conflict.’

Professor Lionel Tarassenko, President of Reuben College, devised the Graduate Scholarship Scheme for Ukraine Refugees almost as soon as war broke out. His paternal grandfather came from Eastern Ukraine and became a refugee. Professor Tarassenko was horrified when the conflict started in late February, and immediately began to think about how the University might best help the people of Ukraine.

He added: ‘The 2022/23 scheme was an extraordinary effort by the University to set up a scheme in less than three months to further the education of Ukraine refugees. The funding from XTX Markets is the first step towards making the scheme sustainable, at a time when all universities are facing serious financial challenges.

‘It has been a pleasure to work with XTX Markets, who share our aim of making a contribution to the re-building of a country whose infrastructure is being devastated by war, through educating the next generation of leaders in science and medicine.’

For full details about the scheme including applicant eligibility, eligible courses and how to apply, please visit: Oxford University Graduate Scholarships for Ukraine | University of Oxford