Regent’s Park College announces the appointment of a new Principal

The Governing Body of Regent’s Park College has announced news that Professor Sir Malcolm Evans KCMG OBE is to become the College’s next Principal.

The appointment follows the retirement of the Reverend Dr Robert Ellis in 2021. Sir Malcolm will take up the post on 1 January 2023. 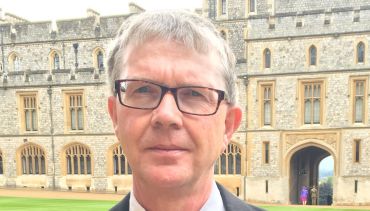 Sir Malcolm is currently Professor of International Law at the University of Bristol, where previously he has been Dean of the Faculty of Social Sciences and Law. His research interests centre on the international protection of human rights, with particular focus on the prevention of torture and the freedom of religion, in recognition of which he was knighted in 2015.

Among his many roles, Sir Malcolm has served as a member, and from 2011-2020, Chair of the United Nations Subcommittee for the Prevention of Torture. In 2015 he was appointed a Member of the Panel of the Independent Inquiry into Child Sexual Abuse in England and Wales. He has also served as a member of the Advisory Panel on Freedom of Religion and Belief of the Organization for Security and Co-operation in Europe.

Sir Malcolm read Law at Regent’s Park College (1979-82), returning for doctoral research (1983-87) for which he was awarded the degree of DPhil. He holds an Honorary Doctorate from Bangor University and is a Fellow of the Learned Society of Wales.

The Rt Revd Dr Keith Riglin, Chair of the Governing Body, said, ‘This exciting appointment expresses the commitment of Regent’s Park College to growth and development, as well as our continuing stress on education, research, and service.’