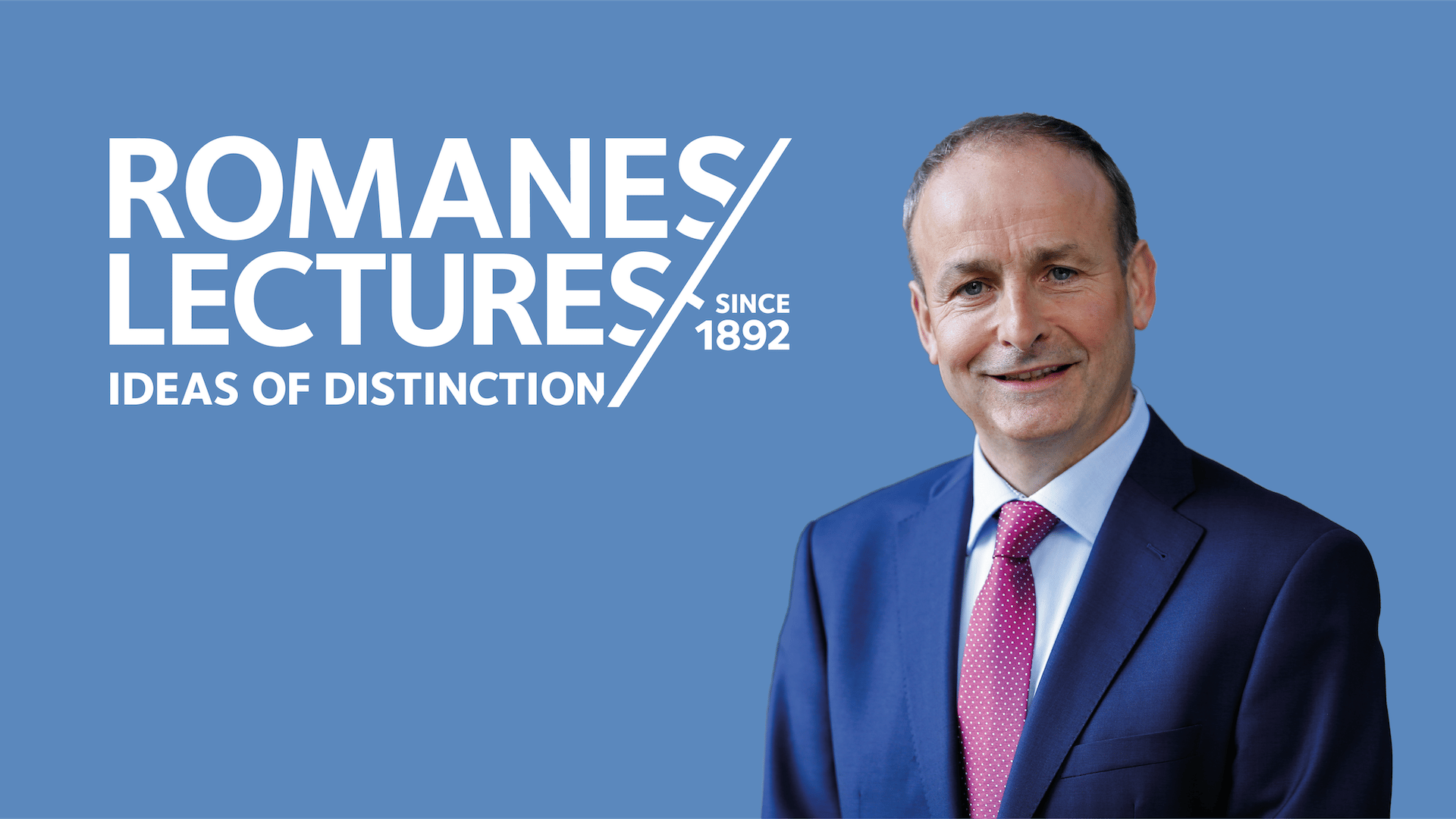 The University of Oxford is hosting Taoiseach Micheál Martin T.D., Prime Minister of Ireland to deliver its annual Romanes Lecture at the Sheldonian Theatre on Wednesday, 2nd November from 17:30 – 18:20.

The public lecture entitled ‘The Centre Will Hold: Liberal Democracy and the Populist Threat’ will touch upon key foundations for liberal democracy that have been threatened in recent years within many long-established democracies and international organisations. A period defined by some scholars as a ‘democratic recession’ has raised important questions about the ability of centrist politics to prevail over emboldened populism.

While recognising the scale of the threat posed to liberal democracy, this lecture will address the evidence for its enduring strength. With a particular focus on Europe and the European Union, it will be argued that politics which assertively promotes pluralism, the rule of law and internationalism can prevail.

Micheál Martin was appointed Ireland’s Taoiseach in June 2020, leading a three-party coalition government. He has served as leader of the Fianna Fáil party since January 2011.

Since entering national politics in 1989, he has held four Ministerial posts: Minister for Foreign Affairs (2008-2011), Minister for Enterprise, Trade and Employment (2004-2008), Minister for Health (2000-2004) and Minister for Education (1997-2000). He also served as Lord Mayor of Cork in 1992-1993. Whilst he was Minister for Health, Micheál Martin oversaw the introduction, in March 2004, of the world’s first national ban on smoking in the workplace for which he received the World Health Organisation Award for Leadership in Global Tobacco Control 2004.

Born in Cork, he attended University College Cork where he qualified with a Bachelor of Arts and Master’s of Arts in Political History. He is the author of the book ‘Freedom to Choose: Cork and Party Politics in Ireland 1918-1932’.

The Romanes Lecture features a distinguished public figure from the arts, science or literature is invited by special invitation of the Vice-Chancellor. The lecture was created in 1891, following an offer by George John Romanes of Christ Church to fund an annual lecture, and the first lecture was given in 1892 by William Gladstone.

The lecture will later be available to watch here.