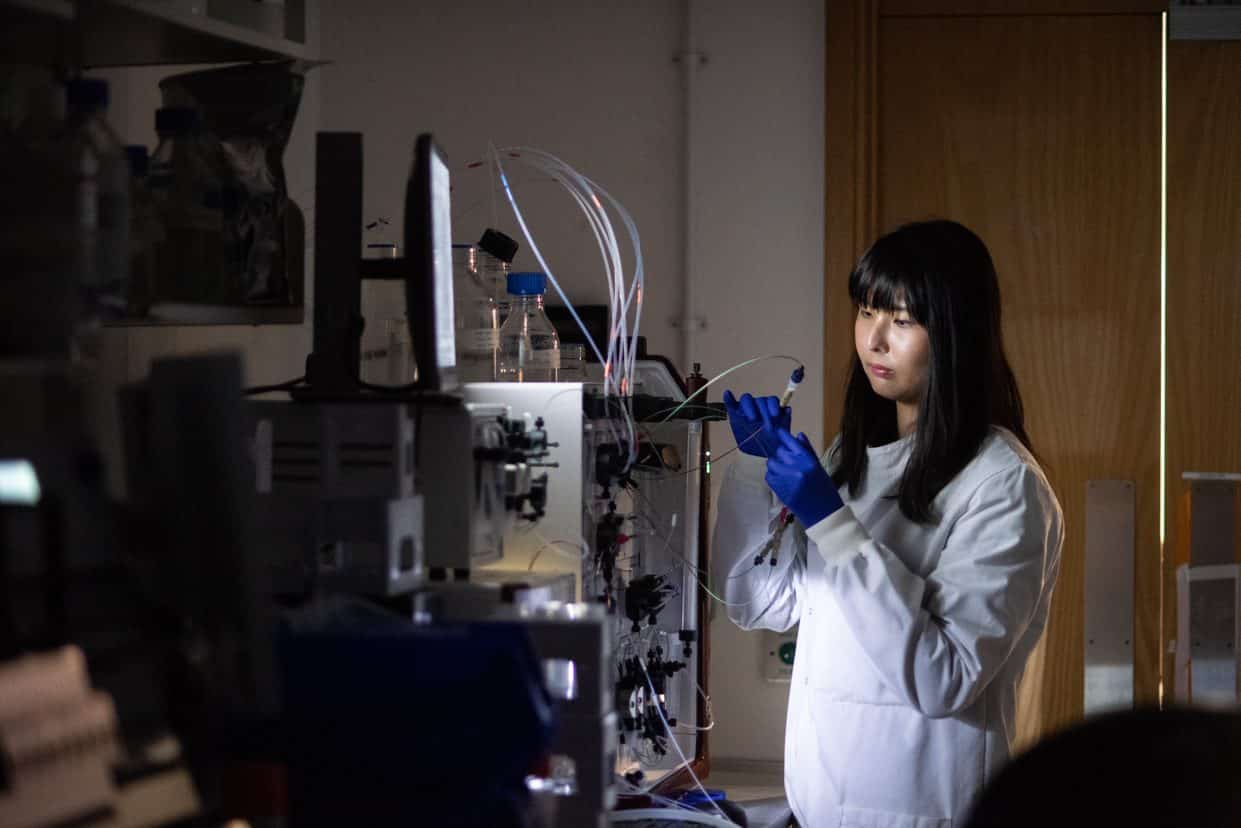 The researchers believe their work could enable Oxford’s ChAdOx vaccines to hit the “moonshot” objective set earlier this year by the Coalition for Epidemic Preparedness Innovations (CEPI), which aims to help compress vaccine development timelines to 100 days from pathogen identification to mass production, potentially including distribution of millions of doses from manufacturing sites around the world.

The same team recently published a detailed account of its invention of a new manufacturing method and ‘franchise’ approach to distribute production of the vaccine around the world. This has enabled over 2 billion doses of the Oxford/AstraZeneca vaccine to be produced – more than any other COVID-19 vaccine – with the majority both made and used in low- and middle-income countries.

The paper published today highlights the speed with which it would be possible to manufacture a new adenovirus-vectored vaccine at large scale.

Dr Sandy Douglas, who leads the vaccine manufacturing research group in the Jenner Institute, at the University of Oxford says: ‘When a new virus is identified, vaccine production is a race against time. Some people think that adenovirus-vectored vaccines are slow to manufacture – and that’s just not true.’

‘The process of bulk manufacturing, filling into vials, and testing takes pretty much the same length of time for most vaccines,’ says Douglas. ‘The thing that can vary is how long it takes to prepare to start manufacturing. For an adenovirus-vectored vaccine, the key bit of preparation which is needed is to make a ‘seed’ virus. That’s the only thing that needs to change to make a new vaccine – so we’ve looked carefully at how to make that seed quickly. In a pandemic, saving a few days could save many lives.’

Most of the pipeline for viral seed production described in the paper involves ‘tried and tested’ steps. The acceleration has been enabled by enhancements which the team describe as relatively simple.

‘Manufacturing should no longer be a problem in hitting this goal’ says Douglas. ‘Vaccine developers now need to focus on how to accelerate the other critical steps, especially early financial decision-making and clinical trials.’

In addition to the increase in speed, the paper also describes how the bulk manufacturing process itself could in future be modified to approximately quadruple the rate of vaccine production from each vaccine factory, and to further lower the cost of the vaccine. If factories were on standby to use this method, the team believe a billion doses of vaccines could be supplied within 130 days of identification of a new virus – a quarter of the time taken by the leading current COVID-19 vaccines.

The new process uses a method called perfusion cell culture, which the academics say is ‘like giving the manufacturing process a kidney’ as it allows the removal of waste products which can slow down vaccine production, and allows constant replenishment of the culture with fresh nutrients.

‘When we developed the method which is currently being used to produce the Oxford/AstraZeneca vaccine, our top priority was to make it simple enough to be used in existing vaccine production facilities around the world, and to help as many countries as possible to begin making vaccine,’ says Douglas. ‘We’ve maintained those priorities in this new work. We worked very hard using cutting-edge technology in our lab, specifically to figure out how to keep the process as simple as possible.’

The researchers collaborated with two technology providers, Sartorius and Repligen Corporation, which provided advance access to newly-developed tools allowing the industrial scale manufacturing process to be studied, and simplified, at miniaturized scale.

‘These vaccines do not need to be stored at ultra-low temperatures, so we hope that improvements in the manufacturing approach will be particularly valuable in increasing vaccine access in low- and middle-income countries.’

The team hope this work will help to inform the wider international discussion about the complementary strengths of different vaccine technologies for emergency response. ‘The world needs the ability to produce a portfolio of different vaccines very rapidly in huge quantities. Adenovirus vectors have an important role to play,’ says Douglas.

Professor Adrian Hill, Director of the Jenner Institute, at the University of Oxford said: ‘When CEPI set its objective to compress vaccine development timelines to 100 days, it rightly called this a ‘moonshot’. What’s remarkable is that this team have shown this could be achieved with a type of vaccine that many thought would never be able to be produced so fast. They have found a way to make our vaccines travel even faster from the laboratory to the field, without any compromise to safety. It is game-changing work. I also thank AstraZeneca for funding this work, which I think illustrates our shared vision of promoting international access to vitally important vaccines.’