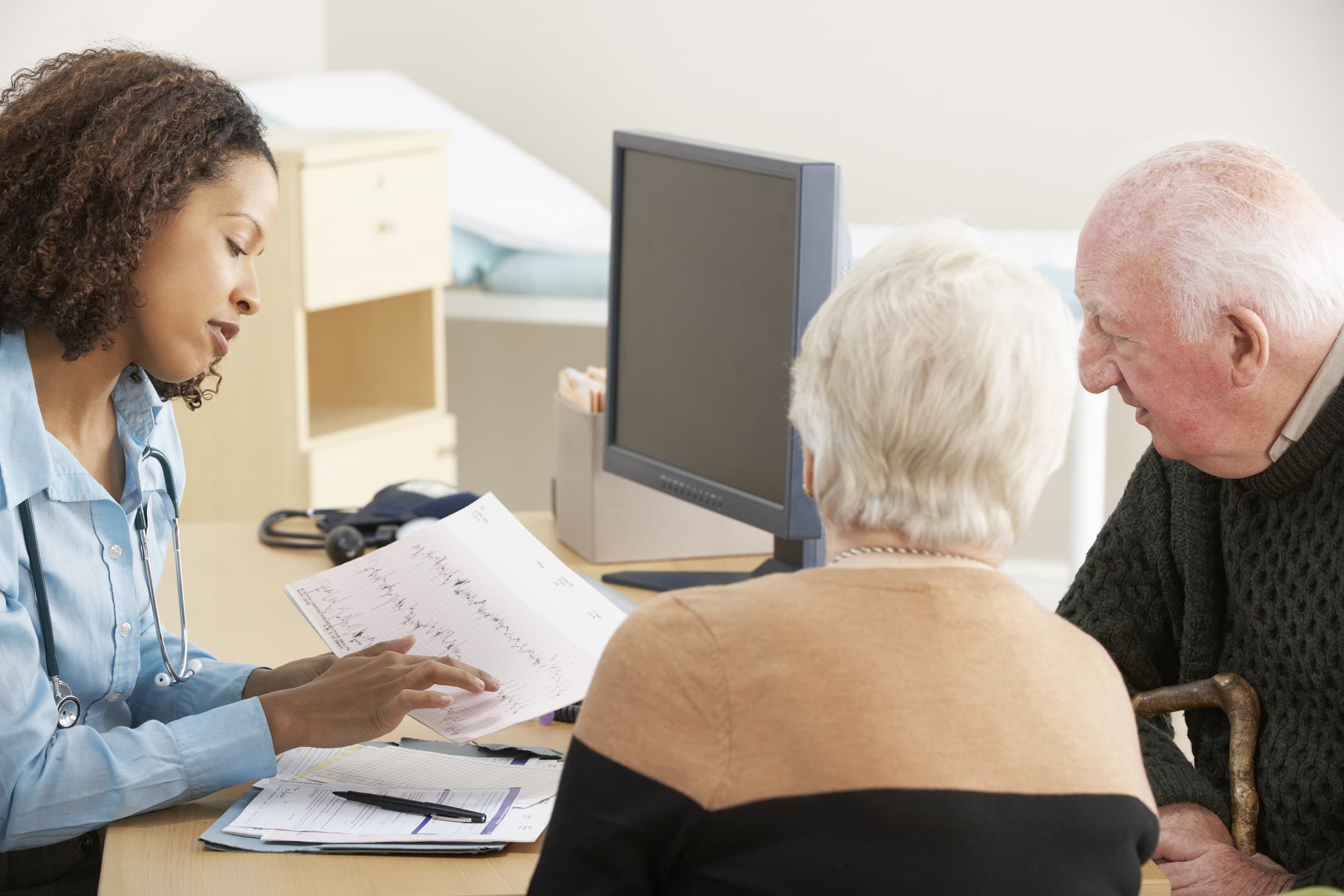 The research, published in The BMJ and funded by the Wellcome Trust, Royal Society and National Institute for Health and Care Research (NIHR), used 20 years’ worth of data from 1.7 million anonymised healthcare records to develop the tool, and then checked its accuracy against a separate database of almost 4 million healthcare records.

In England, each year, around 235,000 hospital admissions for people over 65 are due to falls, costing the NHS an estimated £2.3 billion.

Dr Constantinos Koshiaris, Senior Medical Statistician in the Nuffield Department of Primary Care Health Sciences at the University of Oxford, who developed the tool, said: ‘In the past, we have struggled to identify people at risk of falling in the community. Previous falls-risk tools were not very accurate and in some cases had methodological flaws. Our new ‘STRATIFY-Falls’ tool can predict which patients are most at risk of falling in the next one to ten years. This could allow GPs to provide more personalised care and target falls prevention strategies for patients, such as exercise-based interventions or drug reviews.’

The risk of a serious fall increases as people age and develop chronic medical conditions. There are many factors that influence this risk, including pre-existing illness or frailty, which may be difficult for doctors to influence alone. One factor that doctors can control is the amount and type of medications prescribed, such as blood pressure medications, also known as antihypertensives.

Antihypertensives, can be very effective in preventing diseases such as stroke or heart attacks. But if not carefully monitored, these drugs may lower blood pressure too much. This can cause a temporary drop in the amount of blood that flows to the brain leading to fainting and falling. This effect is especially common as people change position from sitting to standing.

Professor Richard McManus, practising GP and Professor of Primary Care Research at the Nuffield Department of Primary Care Health Sciences, University of Oxford said: ‘GPs often have to balance the risks and benefits of medications for specific conditions, such as high blood pressure, against the potential risk of adverse events such as falls. Having reliable tools to estimate people’s individualised risk of falling and change their medication to lower this risk would be very welcome. This kind of tool could in time be built into GP records systems to automatically flag such patients.’

Falls can have a significant impact on one’s quality of life. For example, in people over 65, fractures which result from falls can often signal the point at which they may no longer be able to live independently in their own homes or without care.

The researchers used a database of over 1.7 million healthcare records from GP surgeries in England between 1998 and 2018, the Clinical Practice Research Datalink (CPRD), to create the tool.

By linking this to data from hospitals, they were able to identify over 60,000 people aged 40 and up who had at least one high blood pressure measurement and had experienced at least one serious fall during the study period (that required hospital treatment or led to death). They used this information to create a model of the factors that might predict people’s risk of falling in the ten years following a high blood pressure measurement. This included factors such as gender, age, ethnicity, prescribed medications, alcohol usage, and smoking.

Dr Lucinda Archer, lead author on the publication and Lecturer in Biostatistics at the Centre for Prognosis Research, School of Medicine, Keele University, said: ‘We discovered that a history of previous falls, having a diagnosis of multiple sclerosis, heavy alcohol consumption, a high deprivation score, and prescribed drugs were all strong predictors of fall risk, conditional on other variables in the model. The tool we developed considers all these factors, and more, to determine an individual’s risk of falling over the next one to ten years.’

They tested the model against a second set of CPRD data for the same period, which included nearly 4 million records.

Lucinda continued: ‘After some minimal tweaks, we found the new tool’s predictions were very accurate at differentiating between groups of high and low risk patients.’

The tool is now freely available to other researchers for further testing and can be downloaded here. However, the tool is not quite ready for GPs to use in clinical practice, as the team first has plans to test it in a new randomised controlled trial.

Professor McManus explained: ‘In 2023, we will begin recruiting over 3,000 participants who are at high-risk of falls to the NIHR-funded OPTIMISE2 trial.

We will use the STRATIFY-Falls tool to identify these potential participants and then follow them up to see if they experience fewer falls after deprescribing their blood pressure lowering treatment.’

Further details of the STRAtifying Treatments In the multi-morbid Frail elderlY (STRATIFY): Antihypertensives project and project calculator can be found here.

The study, ‘Development and external validation of a risk prediction model for falls in patients with an indication for antihypertensive treatment: retrospective cohort study‘, is published in The BMJ.