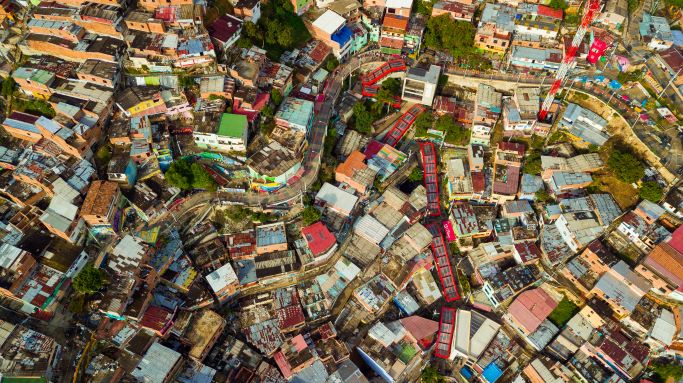 The result of the five-year PEAK Urban project, involving more than 100 international researchers, the course was launched at the United Nations last Monday, [19 September 2022].  It offers participants the opportunity to learn from experiences of urban settings and communities across the Global South and from research generated by the team.

Entirely online, it is aimed at answering questions thrown up by the many fast-growing urban centres in the south and founded on analysis, data and research from PEAK Urban, a cross-disciplinary programme, with research centres in Medellín, Colombia; Cape Town, South Africa; Delhi and Bangalore, India and Beijing, China.

Interested people can register online and take the 14-hour course, watching the videos and reading course materials, at their own pace.  Two days after the course officially opened, more than 10,000 people had already viewed the enrolment page.

Building cities is not a new idea, but the difference is trying to understand how to build a city that works for everyone

According to Francisco Obando, the PEAK Urban policy and programme manager, the course is the result of on-the-ground understanding of how people live their lives in ever-growing urban centres. He said, ‘It is important to understand the history and geography of a place …building cities is not a new idea, but the difference is trying to understand how to build a city that works for everyone, understanding the things they value…’

He added, ‘There can be unintended consequences of changes and understanding the complexity of cities makes people act with humility, in a more thoughtful way.’

Professor Michael Keith, programme director of PEAK Urban, said the project is now in its final stages, having produced hundreds of research papers and publications.

The course is a practical result, he said, providing case studies, including in respect of India’s urban response to the Covid pandemic and the relationship between newly urban and rural communities in China. He maintained, ‘The PEAK Urban framework has been adopted in several cities and the course is drawing on the results.’

We have taken some lessons from cities and looked at the changes produced on the ground. Cities are systems of systems. The course shows how these interact

He said, the way in which the Indian city government worked with marginalized groups in terms of food distribution during the pandemic has provided a key case study. Meanwhile, in China, the development of high speed trains, as Beijing expands, has shown futuristic transport can be for all city dwellers.

Professor Keith proudly added, ‘We have taken some lessons from cities and looked at the changes produced on the ground. Cities are systems of systems. The course shows how these interact…There were 250 registrations before the course opened. The idea is that the numbers of participants will go into the thousands.’

Geetha Krishnan, from partner organisation, the Indian Institute for Human Settlements, has been responsible for most of the development of the course. He said the idea behind the course was to synthesise the research carried out into cities. He maintained, ‘How do we learn from different parts of the world?’

‘We have picked case studies from different continents and extracted the lessons,’ he said. ‘It shows a rich tapestry of what has happened around the world. The changes that are happening [leading to increasing urbanisation] are global but we look at individual cities.’

Geetha added, ‘This course is for anyone from a student to a resident to someone responsible for government – for people with a working knowledge, or need to understand. The idea is to break down Urban Science into easy-to-understand sections.’