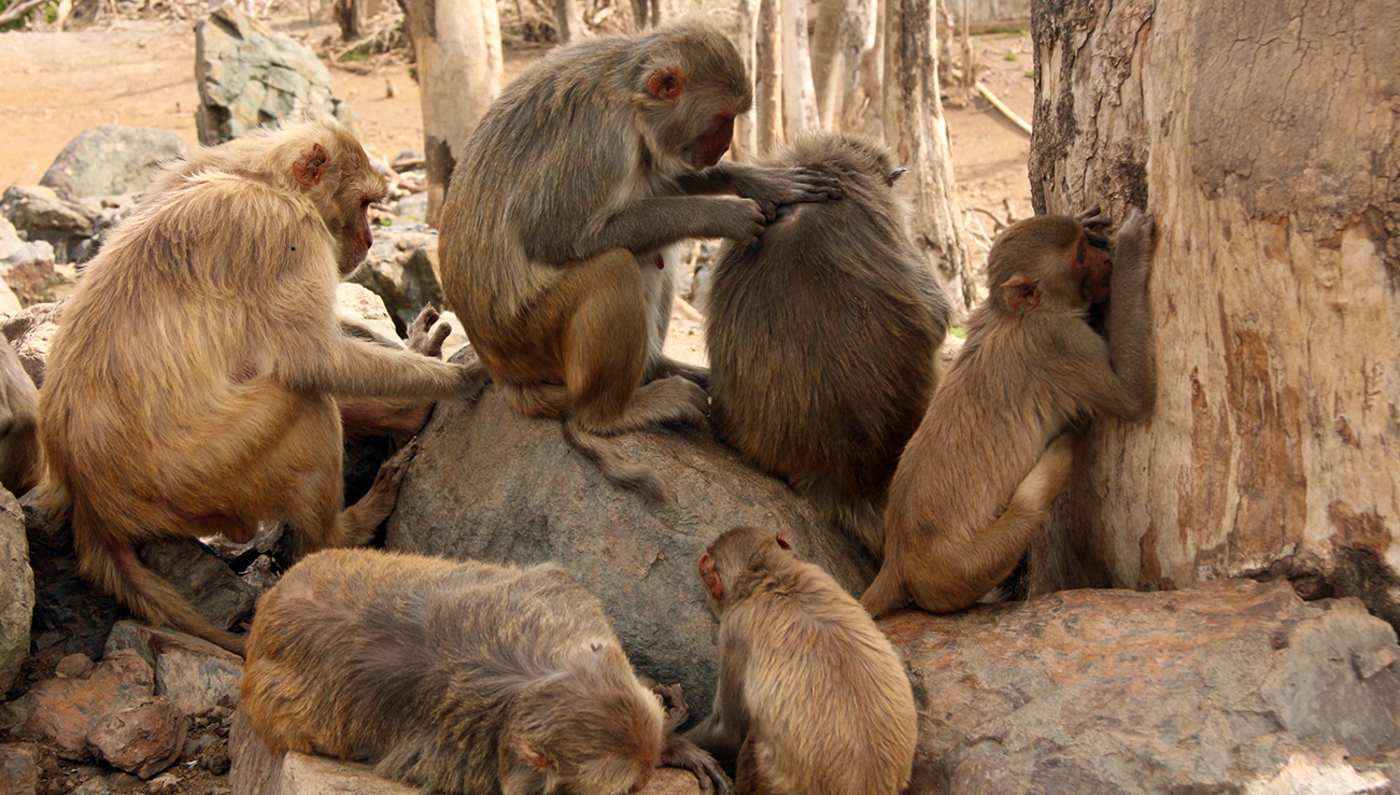 The study involved analysing social network data from a population of non-captive macaques on the island of Cayo Santiago, off Puerto Rico, and combining this with sequencing data to assess their individual gut microbiota.

The researchers found that monkeys that engage in social interactions were more likely to have an abundance of gut microbes that are known to benefit the immune system, and were less likely to have an abundance of potentially harmful bacteria. The analyses controlled for other factors that could affect the microbiome, including age, season, sex and rank within the group’s hierarchy.

The study was conducted by Dr Katerina Johnson at the University of Oxford’s Department of Psychiatry, in collaboration with Dr Karli Watson from the University of Colorado Boulder, alongside Oxford professors Robin Dunbar and Philip Burnet.

Lead author Katerina commented: ‘It is particularly striking that we find a strong positive relationship between the abundance of the gut microbe Faecalibacterium and how sociable the animals are. In contrast to many members of the microbiota which remain rather enigmatic, Faecalibacterium is well known for its potent anti-inflammatory properties and is associated with good health.’

The researchers also found that less sociable monkeys had a higher abundance of Streptococcus bacteria, a group that includes harmful bacteria.

The sociability of each monkey was assessed according to how many different individuals they interacted with and how long they spent interacting. Karli explained: ‘Macaques are highly social animals and grooming is their main way of making and maintaining relationships and so provides a good indicator of social interactions.’

Katerina added: ‘There is a well-known association between the quantity and quality of social relationships and health, which is mediated in part by the immune system. It is interesting that our findings reflect this at the level of the gut microbiome. Since the gut microbiome regulates the immune response, our microbes may play a role in this link between our social lives and health.’

This relationship between social behaviour and microbial abundances may be the direct result of social transmission of microbes. It could also be an indirect effect as monkeys with fewer friends may be more stressed which then affects the abundance of these microbes. As well as behaviour influencing the microbiome, we also know it is a reciprocal relationship, whereby the microbiome can in turn affect the brain and behaviour. Karli commented: ‘Long-term monitoring of this island population of macaques provides a unique opportunity to study various aspects of the behaviour and physiology of our close relatives.’

Katerina concluded: ‘Compared to other lifestyle factors such as diet and exercise, we have limited understanding of the mechanisms via which sociality is related to our risk of illness and mortality, and the microbiome adds a new dimension to this relationship.’

The full paper, ‘Sociability in a non-captive macaque population is associated with beneficial gut bacteria’, can be read in the Frontiers in Microbiology (special collection on Animal Social Behaviour and Gut Microbiome).