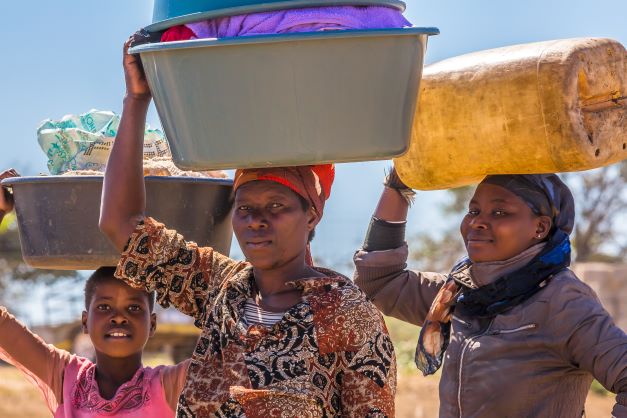 ‘They should be co-owners and agenda-setters of the climate process, but that is not the case now, gender is still debated in the negotiating rooms,’ insisted Ayshka Najib, a UNICEF advocate. She maintained, women and young girls in all their diversity have been leading the climate movement for centuries, so they should not be shut out.

UN Deputy Secretary-General Amina Mohammed told an event focused on women in Africa, ‘Women and girls are essential, effective and powerful leaders to address the climate crisis. But they remain largely undervalued and underestimated with limited access to training extension services and the technology necessary for effective adaptation to the impacts of climate change,’

Women and girls are essential, effective and powerful leaders to address the climate crisis. But they remain largely undervalued and underestimated

Five women researchers from Oxford share powerful personal insights into the debate. As well as emphasising how central women are to the reality of climate, there are calls for more women’s voices to be heard and embedded – to ensure outcomes and commitments are realistic, needed and sufficiently ambitious.

Alycia Leonard, Postdoctoral Research Assistant, Energy and Power Group, said,  ‘Women are the beating heart of grassroot climate movements. They manage everything from families to ecosystems; it only makes sense that they be at the forefront in climate negotiations.

‘They carry the burdens of all of society for climatic harms. Think of the woman fetching water for her family or cooking over a woodstove…she suffers more from the degradation of our natural biomass and water resources than anyone else. And still, she fights.’

Women are the beating heart of grassroot climate movements….it only makes sense that they be at the forefront in climate negotiations

Dr Stephanie Hirmer, Senior Researcher, Energy and Power Group, Deputy Research Director, Climate Compatible Growth Programme, maintained, ‘When we talk gender, we’re basically talking power dynamics. The discussion around gender focuses on women, but largely around reporting against desired impacts…It cannot just be a discussion by women for women; it needs to be much more centrally embedded in decision-making, which remains largely dominated by men.’

Alexis McGivern, Oxford Net Zero and the Smith School, insisted, ‘Making sure everyone affected has a seat at the table is crucial to a climate just future. At COP27, we have had the privilege of meeting incredible female leaders and community organisers who are leading the way on inclusive energy systems, adaptive agricultural techniques, the delivery of climate finance and more.

It cannot just be a discussion by women for women; it needs to be much more centrally embedded in decision-making, which remains largely dominated by men

‘Gender day sought to highlight the important intersectional dynamics of climate change. Power dynamics play a clear role in determining who will be most affected by climate change and also who should be empowered to deliver innovative and inclusive solutions.’

Sana Sherif, Schools of Geography, explained, ‘Recently, while doing research that overviews climate policy and the way in which it perceives vulnerability, I noticed women are becoming more included, with whole sections dedicated to improving their adaptive capacities in the face of climate change’s adverse effects.

‘However, putting women in a cluster, without revising deeper questions of identity, and despite good intentions, could run the risk of cementing structural injustices. Women as an identified group conform to a narrative of struggle that is becoming consolidated, for the sake of developing efficient policy frameworks.  The likely result is the opposite: a failure of policy makers to take the correct adaptation measures…’

‘Including more women in climate forums will help shift the narrative on climate action from burden to opportunity. It is truly an opportunity as many citizens would welcome savings on energy bills, improvements in the quality of natural resources, better living standards, and technological advancements through using the most modern inventions.

‘It is time to have plurality in the narratives around climate action, and what better way to achieve this, than ensuring that there is representation for half of the world’s population.’