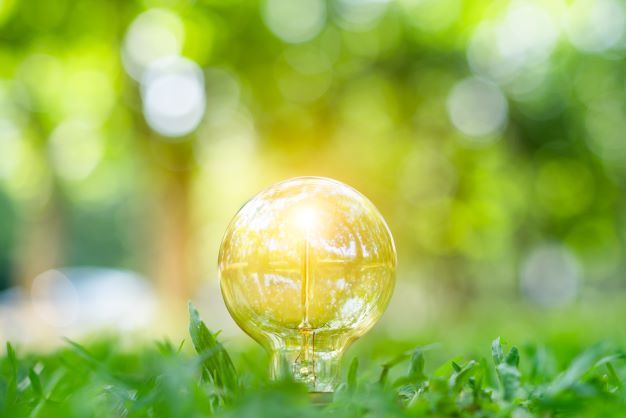 In a series of powerful ‘hopes’ for Egypt, 20 leading researchers from across the university, have recorded wishes and warnings in videos and written messages for the delegates to COP27.

The most popular ‘wish’ among researchers was to see real evidence at COP27 that countries are following through on their promises from Glasgow’s COP26 and have put in place policy measures necessary to achieve net zero – and limit temperature rises to 1.5.

A tracker co-led by Oxford Net Zero shows more than 90% of global GDP is covered by net zero pledges – up more than 20% in two years.

But, in 2021, Professor Thomas Hale, from the Blavatnik School of Government, who heads the tracker, pointed out only a fraction of governments had given strong commitments on how they are going to fulfil these commitments.

This week, looking to COP27, Professor Hale maintains, ‘COP27 is about delivery. I’ll be looking for everyone who made pledges at COP26–countries, businesses, investors, cities, regions, to tell the world what progress they’ve made.’

This critical issue is at the heart of concerns for many going to COP27 or monitoring events.

Professor Cameron Hepburn, Director of the Smith School of Enterprise and the Environment, insists, ‘Every second year, our leaders announce what they have actually achieved; only every other year can they make promises for the future to raise ambition. Accountability is now central to getting to net zero.’

Over 120 countries have now pledged to go to net zero emissions. If we do all that, we put a massive dent in global warming

On the path to net zero

And Dr Steve Smith, executive director of Oxford Net Zero, adds, ‘I hope this COP is the start of delivering on pledges… Over 120 countries have now pledged to go to net zero emissions. If we do all that, we put a massive dent in global warming.’

Meanwhile, in his videoed message, Dr Pete Barbook-Johnson, senior researchers in the economics of environmental change, warns, ‘We need the detail of how we implement those promises…there may be pain in the transition and we need to manage that.’

And Kaya Axxelson, a net zero researcher, highlights why some net zero pledges might not be as attractive as they first seem. She says, ‘These [pledges last year] came alongside great concern about net zero narratives being used for greenwashing and delay tactics…our hope is that, at this COP, these criteria will be taken on board. This is a vital step on the journey to implementation through policy innovation and action in the real and financial economy.’

Although much focus at COP27 will be on how countries are delivering on their promises to reduce carbon, there is expected to be considerable attention on climate justice – and how countries in the Global South can meet the cost of reducing carbon.  Concerns were voiced among researchers about Global South countries, who are trying to fund huge power or water infrastructure but face considerable debt and problems.

In an impassioned video message, Dr Aoife Brophy, lecturer in enterprise and innovation, said her hope for COP27, is that we come away with a renewed commitment ‘to see energy systems in Africa and other lower income countries’ on a path to net zero’ – as part of an ‘inclusive net zero’ strategy.

At the African COP, there is an opportunity to address the difficult debt positions of many developing countries, which limits their scope to act on climate. Many nations spend more on interest repayments than they do on climate action

Ben Franta, a climate litigation researcher, maintains action may be needed to ensure Global South countries are not left behind, ‘We need to centre climate justice…one way is through the law…help those who are suffering today and hold to account those who are an obstacle to climate justice.’

Meanwhile, Brian O’Callaghan , a climate justice and finance researcher, insists, ‘At the African COP, there is an opportunity to address the difficult debt positions of many developing countries, which limits their scope to act on climate. Many nations spend more on interest repayments than they do on climate action ‘

And Professor Sam Fankhauser, climate economics professor, points out, ‘This will be an opportunity to make progress on issues that are of particular concern to developing countries:  global support to deal with the consequences of climate change, which we can increasingly see; the provision of climate finance, long since promised and still not delivered; and progress on the delicate issue of loss and damage.’

Academics from the life sciences and beyond use their ‘wishes’ to highlight the need to protect the natural world and make sure environmental action is not used as a cover for greenwashing. Researchers are also concerned that potential nature-based solutions are not integral to the discussions, and account is not being taken of the opportunities offered by nature and the potential problems of this failure.

In a wide-ranging video, Professor Yadvinder Malhi, Professor of Ecosystem Science, says, ‘I would really like to see tangible progress where countries are showing their commitments to nature as part of their commitment to climate change.’

Dr Laurence Wainwright , a lecturer in sustainability, enterprise and the environment, insists in his videoed message, ‘We have to be thinking about the big picture…the interplay between biodiversity and human induced climate change.’

And, while calling for environmental protection, Professor EJ Milner-Gulland, professor bio-diversity and conservation, emphasises in her film that there is danger in not bringing the conversation together. She maintains. ‘Hot on the heels of climate COP we’re going to have a Biodiversity COP.’

Professor Milner-Gulland concludes with emphasis, ‘We need a joined-up approach.’

While COP26 was mainly concerned with ‘mitigation’ – and winning support for taking action to reduce carbon and so keep global temperature rises to less than 1.5, there a consensus, this year, COP will focus more adaptation – how to cope with the impacts.

Professor Jim Hall, environmental risk professor, writes, ‘Countries and the global community need to commit to enhancing the resilience of their infrastructure systems in the face of intensifying climate extremes. Low- and Middle-Income countries cannot afford to do this alone, so the international community needs to commit strong support at COP27.’

In his video message, Professor Rob Hope, professor water policy, says he wants to see, ‘More work on adaptation results…adaptation is a water story…how do we manage our water resources particularly the extremes of droughts and floods more effectively.

And, in a thought-provoking video, Dr Sunghanda Srivastav, a researcher on climate compatible growth, maintains, ‘I hope countries view this as the next industrial revolution. It’s an opportunity for innovation.’

Meanwhile, Dr Alex Money, director of the innovative infrastructure programme, uses his video message for a two-fold call – one wish is to see alternative protein sources be adopted more widely. His second wish is, ‘for the debate to ‘move away from platitudes’.

But Professor Philip Stier, professor of atmospheric physics, gives what is potentially the most chilling video message. He warns global warming could actually increase, if air pollution emissions are reduced, without delivering on net zero.