David was the first person in his family to go to university. His childhood love of maths led to a career that is changing the way scientists develop new medicines.

I grew up in Blackburn in the north of England. The butcher next door used to give me sums to do for fun, and I got a reputation for being good at maths. It came naturally to me, and I always enjoyed it.

My family gave me lots of encouragement and support. My dad was a turner who made parts for machines. Later on he became a teacher. He would go and learn extra maths so he could help me with school work in my teens.

Maths is the language of science. Everything from mobile phones to aeroplanes is designed and built following rules that can still use maths. Living things are more complicated than phones and planes, but we can still use maths to figure out how they work. I work with scientists and doctors to understand the rules underlying living systems, such as the heart.

If we know these rules, we can programme computer models that predict what will happen when something changes – for example, how a new medicine will affect a persons heartbeat. Medicines with dangerous side effects can be ruled out at an early stage, without ever having to test them on people.

It’s a fantastic feeling to predict the results of an experiment, visit the lab and see you got it right. But the most important part of my role is education. I enjoy training the scientists of the future, and showing them what maths can do.

How do you relax?

Stick with maths. The stuff you do at primary school is just the building blocks – the really interesting stuff comes later. 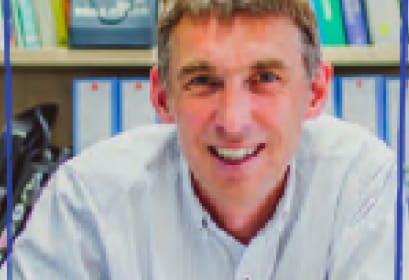 TEACH A COMPUTER TO DOODLE

You need: Lego bricks, a computer or tablet with an Internet connection

Activity 2. Invent your own doodles by playing with code.

Enjoyed this?
Whats next…

NRICH has lots of free and exciting maths activities for children of different ages: www.nrich.maths.org/frontpage

The Primary Maths Challenge encourages enthusiasm and boosts confidence in mathematics – why not ask your school to get involved? www.primarymathschallenge.org.uk

www.mathszone.co.uk has hundreds of free online puzzles and games.